It is often easy to tell who works alongside the physicians at the largest group practice in Athens, Texas, even away from the medical office.

“They wear their jacket that says Lakeland Medical Associates on it around town,” said Douglas Curran, MD, who joined the practice in 1979 as its third physician. “I think our people who work for us, they really like working for us, because we’re a team.” 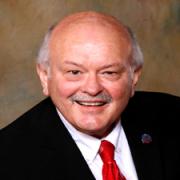 Right now, that team has 85 members, 71 staff and 14 physicians. This summer, three more doctors will arrive at the practice—two family physicians, like the current physicians, and a pediatrician. Lakeland is “adding three to five full-time employees for each physician,” said Dr. Curran. “We will add 11 or 12 employees this summer on top of what we already have, besides the physicians.”

Dr. Curran’s story illustrates a fundamental fact of medicine and economics—every patient-care physician is a job and economic output generator.

The study is a project of the AMA Advocacy Resource Center to help lawmakers, officials and thought leaders understand the positive economic impact of the medical profession. Naturally, it deals in big numbers—a $2.3 trillion contribution to the nation’s economy and 12.6 million jobs are supported by physicians.

In Athens, the numbers are smaller, but matter a lot to the town of about 13,000. Athens is rural, but close enough to the Dallas area for residents to catch a Cowboys or Rangers game. Lakeland represents stable employment at good pay by community standards. “Most of our people are at least medical assistants or licensed vocational nurses,” said Dr. Curran. “Of course, we have a lot higher-paid positions for lab techs and x-ray techs and that sort of thing.”

Working there can even be a family affair. Over the summer months, “when we are scanning in documents and cleaning up documents, we will hire some of the employees’ senior-level, junior-level high school students,” said Dr. Curran. “We also work with the community college and take students from there in the nursing program and in the medical assistants’ program. We have them floating through our office a lot.”

That’s not the only economic activity the practice influences. Whether patients see Lakeland physicians at their office or at the community hospital—the practice’s doctors serve as the hospitalists there—medicine makes Athens a destination. “We are an enormous economic driver,” said Dr. Curran. “Patients will come into town, they will see the doctors and they will have lunch here and they will run to the stores.”

Dr. Curran’s personal commitment to the economic life of Athens goes even deeper. He “was involved with the economic development group in helping get some of the small medical companies here that are building things.”

His fellow physicians also are active in taking a leadership role in community development. “A couple of my colleagues are on different boards around the county and in the community,” said Dr. Curran. “I think it is because you live here and you get to know everybody, and they know that a doctor maybe can help with this.”

The lessons from Athens are something that Dr. Curran plans to take with him when he starts his next patient advocacy role, this year becoming the 147th president of the Texas Medical Association. “One of the messages I am going to carry out as I visit with my physician colleagues is that if they’re not involved with the community, they need to get involved.”