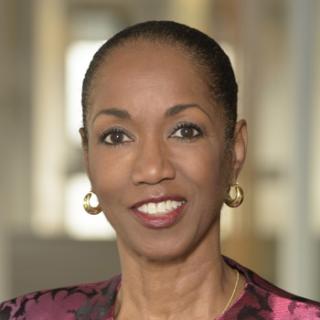 Willarda V. Edwards, MD, MBA, has been committed to organized medicine for over 30 years, holding prominent positions in local, state and national associations. She is a past president of the National Medical Association, MedChi, the Baltimore City Medical Society and the Monumental City Medical Society.

Most recently, Dr. Edwards was appointed by the Maryland Department of Health to the statewide advisory board for the innovative Centers for Medicare & Medicaid Services six-year agreement on its new primary care program. Putting patients first has been her mission during her 10-year tenure on the board of CRISP, the regional health information center in Maryland.

After joining the AMA in 1994, Dr. Edwards was appointed to the inaugural governing council of the Women Physicians Congress (now the Women Physicians Section) and later served as its chair. Her service to the AMA spans multiple reference committees and task forces and includes chairing the AMA House of Delegates Committee on Compensation of the Officers and the AMA Council on Constitution and Bylaws.

Dr. Edwards was elected to the AMA Board of Trustees in 2016 and re-elected in 2020. As chair of the AMA Task Force on Health Equity, she helped lead the way in consensus building and driving action that in 2019 resulted in the AMA House of Delegates establishing the AMA Center on Health Equity.

Dr. Edwards believes it is an honor to serve in a ground-up, policymaking association that welcomes and is built on the perspectives of all specialties, practice settings and stages of practice. Guided by her commitment to listen and learn, she has led discussions with physicians, regulators, state and federal legislators, and other stakeholders on the opioid crisis, health care for all, surprise billing and issues of concern to future physicians—our medical students.

After completing active duty in the Navy, Dr. Edwards founded an internal medicine practice in Baltimore, where she is the managing partner. She retired from the U.S. Navy Reserves at the rank of commander after 24 years of service. In addition to her busy private practice and AMA responsibilities, Dr. Edwards has held senior management positions at the National Association for the Advancement of Colored People Health Advocacy Division and at the Sickle Cell Disease Association of America.