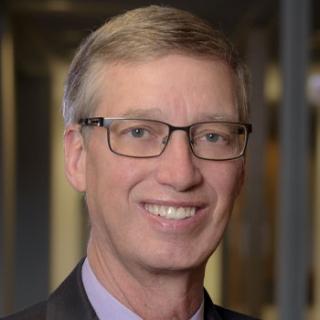 Bruce A. Scott, MD, was re-elected speaker of the American Medical Association House of Delegates (HOD) in June 2021, after serving two previous years as speaker and four years as vice speaker. In this role he presides over delegates from every state and specialty as they craft policies for the medical profession. Concurrently he is a member of the AMA Board of Trustees and serves on the Executive Committee. Over these years he has served as chair of the AMA Resident Physicians Section (now the AMA Resident and Fellow Section), as the AMA Young Physicians Section’s delegate to the AMA-HOD and as the young physician on the AMA Board of Trustees. Dr. Scott served as a member of the AMA Foundation Board of Directors for several years and as its president.

Dr. Scott attended his first AMA meeting in 1987 and has attended every annual and interim meeting since. He has been president of both his county and state medical associations and continues to serve on the board of the Greater Louisville Medical Society and the Kentucky Medical Association. As a leader of these associations, he has fought for access to care for vulnerable populations, improvement in public health and reduction of administrative burdens in health care.

A graduate of Vanderbilt University, Dr. Scott completed his medical education and residency at University of Texas Medical Branch (UTMB Health) in Galveston, Texas, and a fellowship at the University of Texas Health Science Center at Houston. Subsequently he returned to his hometown of Louisville, Ky., to practice. He is board-certified in both otolaryngology and facial plastic surgery and is consistently voted by his patients and peers as a “Best Physician” and “Top Surgeon.”

Dr. Scott is passionate about practicing medicine. He is the president of his six-physician independent private practice group, medical director of a multispecialty ambulatory surgery center and holds a clinical appointment at the University of Louisville School of Medicine. He previously served as chair of surgery at Louisville’s Jewish Hospital.

An author of myriad articles for peer-reviewed publications, as well as chapters in otolaryngology textbooks, Dr. Scott also speaks to physician audiences around the country on topics ranging from leadership and advocacy to sinusitis and clinical documentation.

Dr. Scott has been happily married for over 30 years and is the proud father of three young adults.