Everyone knows that physicians generally work long hours. But just how many hours are in the typical physician workweek? Find out how your workweek compares to your peers.

Reduce stress in your practice with: 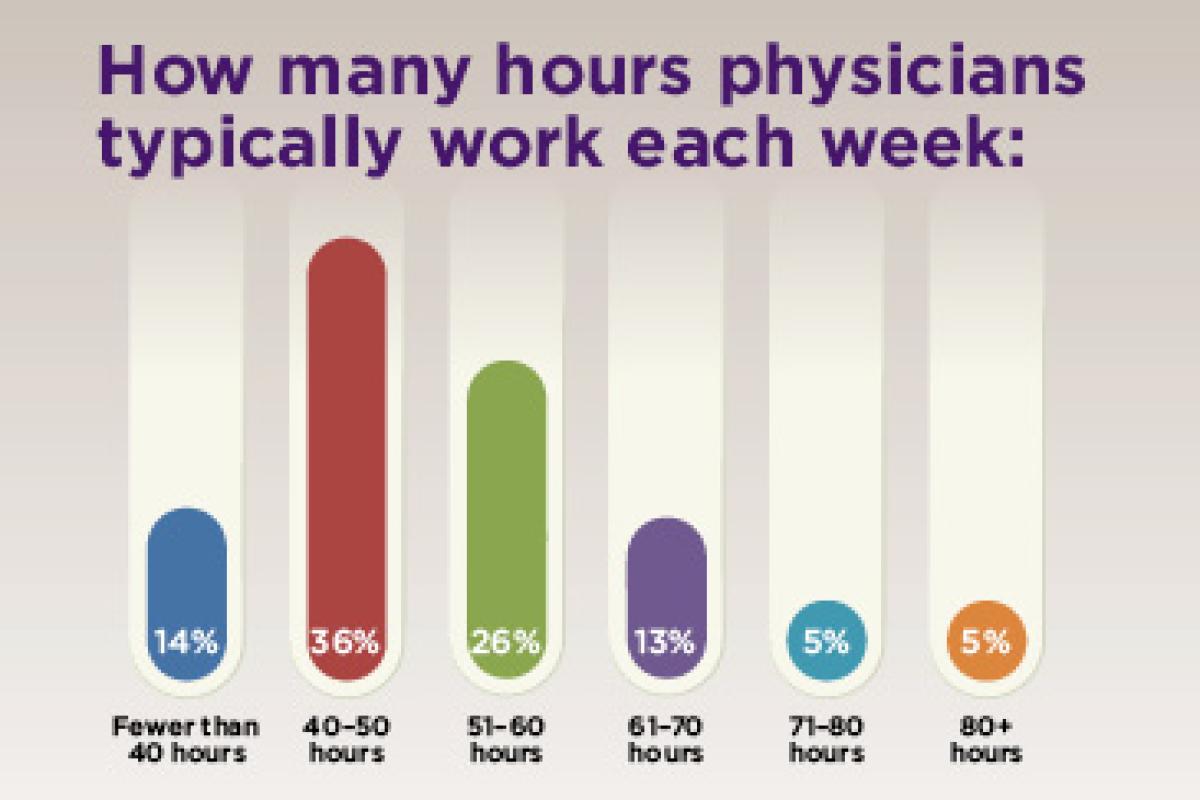 Across all age groups, roughly one-half of physicians said they would prefer to work fewer hours per week.

The letter also noted that specialists caring for more acutely ill patients or those requiring intensive monitoring, usually in hospital settings, work longer hours than physicians focused on more stable, chronically ill patients who are mostly in ambulatory settings. The exceptions were physicians practicing emergency medicine or hospital medicine because both of these specialties are characterized by fixed hourly shifts.

Feeling burned out? Try picking up the phone to call your coach

An AMA-RAND study released last fall revealed that physicians who feel overworked, overscrutinized or overburdened with unfulfilling tasks can suffer continually from a growing sense that they are neglecting the professional priorities that really matter—their patients. Through its Professional Satisfaction and Practice Sustainability initiative, the AMA is developing pragmatic solutions to enhance the practice of medicine and empower informed decision-making about physician practice environments.

Burnout Management Tip of the Week

4 organizational factors tied to patient and physician trust
What is joy in medicine? It’s about more than beating burnout
AMA in the News: December 2021
Featured Stories