For growing number of doctors, life in medicine extends into 70s

Every year, a new record is set for medical school enrollment. But despite this influx of new doctors, the U.S. physician work-force continues to trend older.

A podcast series featuring real-word learnings and anecdotes from physicians and other health care leaders on the ever-evolving health care landscape.

There were 985,000 licensed physicians in the U.S. in 2018, according to the Federation of State Medical Boards’ (FSMB) biennial census, which notes that their average age has risen to 51.5 years from 50.7 in 2010. But that number seems to understate the trend.

Meanwhile, 37% of male licensed physicians were 60 years of age or older, compared with only 17% of female doctors.

If physician supply stays the same, the U.S. is expected to experience a shortage of 124,000 full-time physicians by 2025, and—even if medical schools increase enrollment—it will not be sufficient to meet future demand, the Association of American Medical Colleges’ Center for Workforce Studies projects.

The health care delivery system is undergoing significant changes that will carry implications for senior physicians and their ability to stay in practice and play a crucial role in filling this gap. The AMA Senior Physicians Section can help extend physicians’ careers in clinical medicine and, in many cases, facilitate reentry into medical practice.

Top considerations for physicians ahead of retirement

Barbara Hummel, MD, a solo family physician in the Milwaukee suburb of Greenfield, Wisconsin, has been practicing medicine since 1991. And the 75-year-old has no plans to stop.

She is still getting one to two new patients a week and just recently welcomed back a family she had not seen for eight years.

“I do have quite a few older patients because they’ve aged with me,” Dr. Hummel said. “I’m not delivering babies anymore, but I see the children of children I’ve delivered—and that’s always fun.”

The aging of the physician workforce is particularly acute in rural areas, according to a “Implications of an Aging Rural Physician Workforce,” a recent report in The New England Journal of Medicine.

Dr. Hummel said older physicians in rural areas need social, physical and psychological support from their peers and colleagues. This includes filling in so they can take time off, and recognizing that they are at the age where people in their social network may be dying or their family may be dispersing as children or grandchildren move away.

“I can’t see just putting us out to pasture,” she said, noting that working with medical students and residents helps keep her sharp.

“That's one of the reasons why I’m capable of staying in practice,” Dr. Hummel said. “When you quit learning, then it’s time to think about retiring.”

She added that it is often a matter of recognizing and adjusting to new limitations. 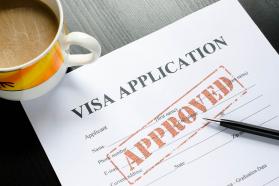 Why IMG physicians are vital to U.S. health security 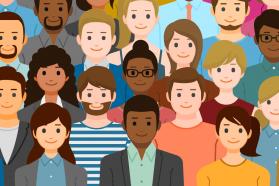