The news in the 2018 Medicare Physician Fee Schedule final rule included few surprises, but that was little consolation for the patients in underserved areas whose access to physician in-office testing is likely be adversely affected by the final Medicare Clinical Laboratory Fee Schedule (CLFS).

The new rates, which take effect Jan. 1, reflect the market-based system mandated by the Protecting Access to Medicare Act (PAMA) of 2014. These rates result in significant cuts in payment for rapid point-of-care testing services in physician office-based labs. The CLFS, released by the Centers for Medicare and Medicaid Services (CMS), represents the first time the lab rates were issued under the system mandated by PAMA.

Initial cuts in 2018 will be capped at 10 percent, but rates are expected to drop for several years as many of the reductions CMS seeks range from 35 to 45 percent. These reductions will be phased in, with cuts limited to 10 percent a year in each of the next three years. But those 10 percent cuts are compounded, so the rate paid in 2019 will be a 10 percent reduction of the 2018 rate, which will have already been subjected to a 10 percent cut—and so on.

While cutting in-office testing out of the picture won't have a dramatic financial impact for most physician practices, it would make it harder for patients to access clinical testing. That would especially be the case for patients in rural or other underserved areas.

The AMA has had a number of discussions with CMS.  The Association has convened specialty societies as well as other stakeholder groups to develop strategy. The AMA has also written several comment letters and signed onto letters written with other physician specialty societies and laboratory-community stakeholders calling attention to the potentially significant impacts of such cuts. A summary of the AMA’s concerns and advocacy activities on the lab fee schedule can be found at a new webpage.

The main concern is that the new rates were set using inaccurate data under a process that lacks transparency.

“In short—there is every reason to believe the data submitted is wrong, but stakeholders are again asked to do the impossible: prove it,” AMA Executive Vice President James L. Madara, MD, wrote in an Oct. 23 letter to CMS Administrator Seema Verma.

Dr. Madara also told CMS that labs were given an impossible task of retrospectively collecting six months of data and submitting it by a March deadline. Even “the highest resourced and most prepared clinical laboratories” struggled with the requirements, Dr. Madara wrote.

Examples of problems being encountered in the data-collection process were detailed in a June 29 letter from Dr. Madara to CMS.

“There are reports that partial payments have, in some instances, been reported as a total payment, particularly for paper transactions where co-pays, co-insurance, and primary/secondary payer payments could not be reconciled to generate an accurate total payment amount,” Dr. Madara wrote back in June. He added that a prospective data-collection process would allow physician practices and clinical labs enough time to work with vendors to prepare systems to collect the required information.

The AMA requested that CMS issue an interim rule that holds calendar year 2017 lab rates in place until the agency has conducted a targeted market survey to ensure that the rates it set are appropriate.

The AMA and many other state and specialty societies told CMS that, if payment for physician office-based testing falls below the cost to provide them, patients may need to visit an outside lab for such common tests as influenza, infectious diseases, cholesterol screening, pregnancy and cardiac diagnostics. This would create significant burdens for vulnerable patients or those in rural areas with no nearby labs.

The AMA opposed PAMA from the start. It was passed as a legislative “patch” to hold off a large Medicare payment reduction to physicians that was mandated by the sustainable growth-rate (SGR) reimbursement formula. The AMA had been seeking a full repeal of the SGR.

The SGR was finally repealed by the Medicare Access and CHIP Reauthorization Act (MACRA) of 2015.

Under MACRA, which the AMA did support, physician Medicare payments will rise 0.31 percent in 2018. This figure reflects a base of 0.5 percent reduced by a formula seeking recapture funds spent on misvalued codes and to offset spending on newly covered services such as remote patient monitoring and “prolonged preventive services.”

Diabetes prevention programs (DPPs) are among the newly covered services included in the 2018 physician fee schedule, though the annual maximum payment per Medicare beneficiary has been reduced to $670 from the $810 CMS included in the proposed rule.

CMS DPP reimbursement starts April 1. Before then, the AMA will be offering educational programs and releasing tools physicians can use to help their patients take advantage of this newly covered service.

The AMA had also recommended that CMS cover virtual prevention programs. But, for 2018 at least, the CMS is only allowing a limited number of virtual sessions to make up for missed attendance at an in-person DPP session.

Further testing, however, is under consideration.

“We are considering a separate model under CMS’s Innovation Center authority to test and evaluate virtual DPP services,” the CMS states in the physician fee schedule final rule. “We will, however, be clarifying issues regarding virtual DPP services and MA [Medicare Advantage] plan members in future guidance.”

The AMA also cheered a move under which CMS retroactively reduced the number of quality measures physicians were required to report under the Physician Quality Reporting System to six from nine, which aligns with the requirements found in the new Medicare Merit-based Incentive Payment System. CMS estimated that this move would result in 23,625 eligible professionals avoiding a total of $22.1 million in penalties. 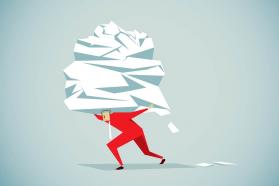