Early in the morning of Feb. 9, the Senate and House of Representatives passed the Bipartisan Budget Act of 2018, which President Donald Trump then signed into law. In addition to continuing to fund the federal government through March 23, the most recent continuing resolution (CR) addressed a broad range of health, supplemental spending, budget and tax matters.

The legislation included technical corrections to the Medicare Access and CHIP Reauthorization Act (MACRA) that were sought by the AMA and other physician organizations. Under the budget deal:

Other provisions of interest to physicians include the following:

Bipartisan agreement was also reached on providing additional funds to address the opioid crisis, to rebuild and improve U.S. Department of Veterans Affairs hospitals and clinics, and for the National Institutes of Health.

The AMA sent a letter to the Senate and House leadership on Feb. 8 urging passage of the bill.

“We believe this legislation takes many positive steps, not only by providing funding and stability for many important health care programs, but also for making improvements that will allow physicians, Congress and the administration to continue working together to implement new payment systems focused on quality and value,” AMA Executive Vice President and CEO James L. Madara, MD, wrote in the letter. “We believe this agreement offers a good framework for further bipartisan collaboration on improvements to the nation’s health care system and urge its passage by the House and Senate." 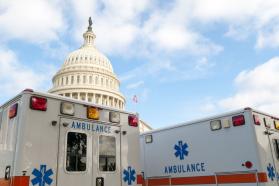 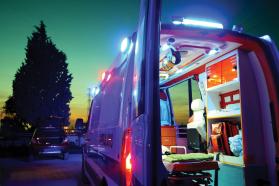 Physicians weigh in on DACA case before Supreme Court