It is likely that most of your patients who have not yet received an influenza vaccination for the 2016–2017 flu season simply have not made the time to do so. But there is another group of patients who seem to have a ready set of explanations for why they ought to skip vaccination each flu season. Here are the rationales these patients might offer up and how you can respond.

I’m healthy, so I don’t need a flu vaccine

It is true that certain groups of patients—those who are pregnant, young children, seniors and patients with chronic conditions such as heart disease, diabetes or asthma—are at higher risk of severe complications from flu infection. But the flu is a contagious disease that can lead to other serious illnesses, such as pneumonia. “Even healthy people,” the Centers for Disease Control and Prevention (CDC) notes, “can get sick enough to miss work or school for a significant amount of time or even be hospitalized.”

Getting vaccinated could “spare you days of lost time at work and feeling ill, and protects those around you,” former AMA President Robert M. Wah, MD, has noted. “If you do get the flu, the vaccine will generally make your illness milder.”

Wrong. Flu vaccines are safe, as shown by more than 50 years of research and experience among hundreds of millions of Americans who have been immunized against influenza. There are some common side effects, such as swelling or redness from the shot, muscle aches, fever and nausea. But those should not be mistaken for influenza, which sends an average of 200,000 Americans to the hospital annually.

Flu vaccine will not give you influenza, but you may still catch a non-flu virus or even the flu. Non-flu cold viruses cannot be prevented by a flu vaccine. And since it takes two weeks for the protective effects of the flu vaccination to kick in, you can still catch the flu during that time period. It is also possible to be exposed to an influenza virus that differs from what’s included in this season’s vaccine. But it is also possible, as Dr. Wah noted, that vaccination will make your influenza infection easier to bear.

If I get the flu, I will recover quickly

“Not necessarily,” the CDC warns. Anyone can get sick with the flu and experience serious complications. Though the U.S. death toll from influenza varies from year to year, it is typically in the thousands and can reach into the tens of thousands.

Even if your illness is relatively mild and brief, others may not be so lucky and you can spread the flu to them. That is especially concerning because some patients catch the flu but show no symptoms. Not knowing they have the flu, they are not as careful as they would otherwise be in protecting family, friends, neighbors and co-workers from potential exposure.

As mentioned above, it takes two weeks after flu vaccination for your body to develop the antibodies that protect you against influenza. Because of that, trying to time your vaccination to when the flu starts to circulate in your community is no simple task.

“Think of it this way,” Dr. Wah said, “getting vaccinated against the flu could mean the difference between attending your child’s holiday play or being stuck in bed. Don’t miss the gatherings with friends and family that come with the season.”

I hate getting injections

Needles are no fun, but a trip to the hospital or a couple of weeks in bed are no picnic either. And as already stated, it can be even worse than that. “Whatever little discomfort you feel from the minor side effects of the flu vaccine,” the CDC says, “is worthwhile to avoid the flu.”

I was vaccinated last year

This one won’t fly either. Influenza viruses are changing all the time and flu vaccines are updated seasonally to afford the best possible protection against the virus strains that experts predict will circulate widely during flu season. In addition, the protection from last year’s vaccine fades with time. Getting a flu vaccine each year is the best protection. 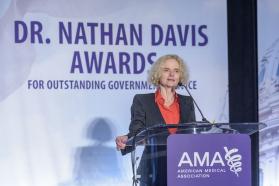 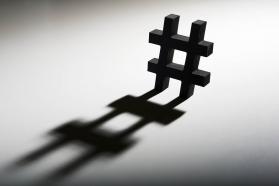