Don Stader, MD, was working a shift in the emergency department in Denver in 2015 when he came face to face with his own stigma about opioid-use disorder (OUD). A limp woman pulled from a car with a suspected heroin overdose. She was close to death before being administered naloxone. When she regained consciousness and asked to leave, Dr. Stader brought up the option of treatment.

Find out how physicians are progressing toward ending the nation's overdose epidemic and next steps.

“I gave her my usual speech overbaked with assumptions about how her drug use was going to kill her and how she was wasting her life, and she was indifferent,” he recalled. Dr. Stader heard of the patient’s getting her first prescription for an opioid given for an ankle sprain. That initial prescription led her to more prescriptions for opioids and a spiral into uncontrolled and untreated OUD. She eventually dropped out of college and escalated to heroin. She described being turned away by doctors and others when she tried to get help.

“It startled me, because earlier that shift, I had prescribed Percocet for an ankle sprain, and beyond a lecture, I had no idea how to help her,” said Dr. Stader. “I realized that I was part of the problem. Not only was I overprescribing, but I had no idea how to treat people with opioid-use disorders. OUD is probably the only medical disease that you learn more about from the media and bias than you do from medical school and training.” 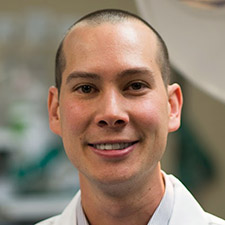 Removing the stigma around OUD is central to the work of the AMA Substance Use and Pain Care Task Force, which includes the American College of Emergency Physicians (ACEP). Stigma around substance-use disorders is pervasive throughout the medical care system.

When Dr. Stader had finished treating his patient in 2015 and was preparing to discharge her, he could not find aftercare instructions for heroin or opioid overdose. He tried to prescribe her naloxone, but the order was not built in either. He tried to refer her to an addiction specialist, but the only follow-up in his system was for Narcotics Anonymous. Dr. Stader saw that his system and his practice were not equipped to handle this patient’s needs, and that the problems go deeper.

“The fact that around 80% of patients with OUD can’t access treatment, that physicians can’t prescribe buprenorphine when indicated without a waiver and the inadequacy of education in medical schools and residency regarding substance use disorders are all indicators of the deep seeded stigma surrounding substance use disorders,” Dr. Stader said. “It’s been ‘OK’ to not provide OUD patients with adequate, evidence-based care.”

The need for a cultural shift in medicine regarding OUD is overdue. But where to start? Dr. Stader says that the most important thing clinicians can do is start with themselves.

“I’d tell any physician to examine their own biases and the language they use when talking to patients with substance-use disorders. It is critical for physicians to walk in a room and humanize our patients … and eliminate terms such as abuser, addict, drug seeker, dirty urine and junkie,” said Dr. Stader. “Speaking about things in the right way and leaving the judgment behind is one of the best ways to show that you understand, you care, and you are committed to providing better care.”

“As a board-certified emergency and addiction medicine physician, I have more exposure to those who overdose than most physicians,” said Dr. Stader. “I’m proud of my colleagues and the progress we’ve made, but we need to do better.

The Opioid Response Network (ORN-STR) and ACEP are supporting emergency medicine physicians in reducing the stigma of OUD through a video that highlights the voices of patients who are living with OUD. Dr. Stader is featured in the video and helped produce the film.

The AMA believes that science, evidence and compassion must continue to guide patient care and policy change as the nation’s opioid epidemic evolves into a more dangerous and complicated illicit drug overdose epidemic. Learn more at the AMA’s End the Epidemic website, where a version of this article was initially published.

The End the Epidemic website was recognized by the Academy of Interactive and Visual Arts. As part of that organization’s 27th Annual Communicator Awards, End the Epidemic was honored with an Award of Excellence in the Cause & Awareness website category.

Stay up to date on the top federal, state and judicial issues affecting patients and physicians with a bi-weekly newsletter.