There are many steps that need to be taken to end an epidemic—including policy, medication, coverage and treatment expansion—and require physicians to take the lead in fighting for their patients. Leaders in Pennsylvania are on a mission to provide that help to both the people who are suffering in the opioid epidemics and the physicians who treat them. 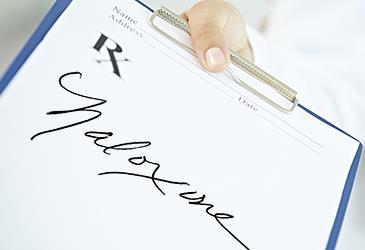 A standing order for naloxone

A standing order for naloxone

“As we were studying the problem and working on the distribution of naloxone,” Dr. Levine said, “we decided that I would write two standing orders.”

The first was a standing order for first responders—state police, municipal police and fire departments—to obtain naloxone. After this was accomplished, Dr. Levine and Department of Drug and Alcohol Programs Secretary Gary Tennis called all the insurance companies in the state and raised money to obtain two forms of naloxone, the nasal spray and auto-injector, for the public.

“We wanted to facilitate as much as possible the public obtaining naloxone if they have a friend or family member or a loved one who is at risk of overdosing from prescription opioids or heroin,” Dr. Levine said. “Under Gov. Wolf’s leadership, I signed the standing order prescription for anyone in the public to go to a pharmacy and obtain naloxone.”

Dr. Levine, as part of her statewide prescription, recommends that pharmacists take voluntary training developed by the Pennsylvania Medical Society (PAMED) in consultation with the Pennsylvania Pharmacy Association. “We encourage pharmacists to do whatever teaching is necessary in the dispensing of naloxone,” she said.

Now that the standing order for naloxone is in effect, there are three things Dr. Levine said need to happen:

The standing order “certainly has been successful in highlighting the importance of this issue, the risk of prescription opioids and heroin and the risk of overdoses,” she said. “It has served a number of purposes.”

In March, Gov. Wolf honored hundreds of municipal and state police officers who together have reversed over 600 opioid overdoses in the short time that naloxone has been available.

“Particularly with the increase in fast acting fentanyl in the heroin supply," said Alice Bell, the overdose prevention project coordinator of Prevention Point Pittsburgh, "it is critical that those who are most likely to be already on the scene when someone overdoses—people who are using drugs together, friends, family members and other lay people—have naloxone available on the scene.   While it’s also critical for police and other first responders to carry naloxone, they may arrive too late.”

Many states have worked closely with the AMA and state medical societies to ensure widespread access to naloxone and develop good Samaritan laws to help save lives.

Next steps for Pennsylvania in fighting the opioid overdose epidemic

Next steps for Pennsylvania in fighting the opioid overdose epidemic

The standing order was not the last step in Pennsylvania’s efforts to end the epidemic, but rather the first. Working with PAMED and several other organizations, Dr. Levine is continuing the multi-agency effort to provide resources and guidance to the physicians and patients in her state.

“This is a very collaborative effort under the leadership of Gov. Wolf and with many, if not most, state agencies,” she said. “It’s all hands on deck. The message when we go out and speak … is that addiction is a disease—it is a medical condition—it is not a moral failing. So we want to eliminate this stigma.”

Here are five ways Pennsylvania is continuing their efforts:

“We need to work on preventing [substance use disorders], diagnosing it and treating it as we do with diabetes or heart disease,” Dr. Levine said. “As physicians we know the pharmacology of this, we know how addiction works neurologically and we need to not treat this any differently than any other medical condition.”

Learn more about physicians’ efforts to end the opioid epidemic

Learn more about physicians’ efforts to end the opioid epidemic

Up
105
More about:
Lifesaving naloxone should be available almost everywhere
Anyone can save a life with naloxone: What patients should know
Naloxone: 5 tips on talking with patients, families
Featured Stories