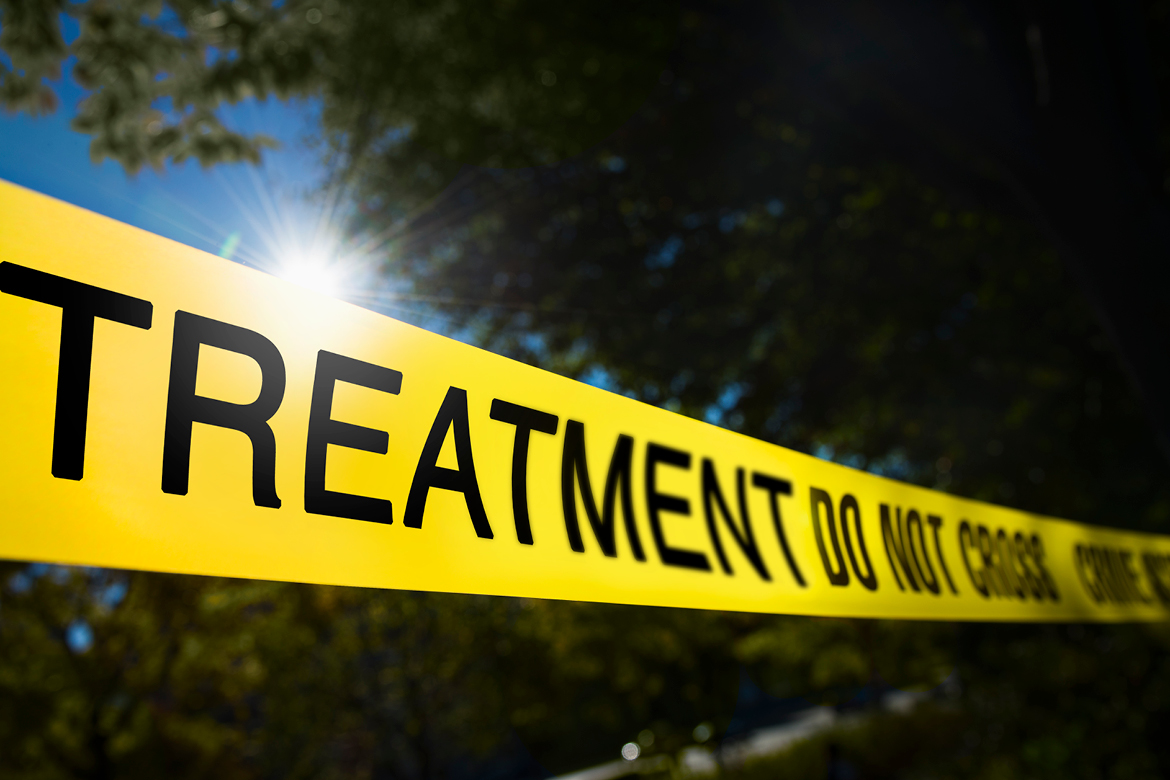 Barriers to insurance coverage for substance-use disorder treatment remain, in part because they are hard to identify—for both consumers and regulators, according to a recent analysis of seven major health plans offered in 2015 and 2016 in New York and Maryland.

As the name implies, the Mental Health Parity and Addiction Equity Act of 2008 requires comprehensive public and private insurance coverage of treatment for substance-use disorders and mental health ailments that is equitable with other medical/surgical benefits. It took effect in 2010.

Enforcement of the Parity Act, however, is driven by consumer complaints. But consumers are not sufficiently informed by insurance plans about what treatment benefits are available and what barriers they may face trying to use those benefits, say researchers from three organizations—the National Center of Addiction and Substance Abuse, the Legal Action Center, and the Treatment Research Institute—who produced the study.

Those organizations have teamed with Partnership for Drug-Free Kids (formerly the Partnership for a Drug-Free America) to launch the Addiction Solutions Campaign. This collaboration aims to increase public access to practical and effective services and policies to prevent, treat and support long-term recovery from substance-use disorders, according to a news release.

A “major effort to secure equitable insurance for addiction treatment” will be one of the first initiatives of the campaign. Paul Samuels, director and president of the Legal Action Center, said in the release that a lack of transparency is “one barrier that can be immediately removed” for individuals seeking effective treatment.

“The requirements of the Parity Act are still not being met," said Samuels, who is the spokesman for the campaign. "Families often don't know what their coverage is, or how or where to complain."

Only 10 percent of the 20.8 million of people who met addiction criteria received any type of treatment, according to data, cited in the release, that come from the 2015 National Survey on Drug Use and Health.

“This report makes it clear that health insurers and regulators need to take a hard look at their legal obligations to ensure that patients receive the full benefits of existing parity laws covering mental health and substance use disorders,” Dr. Harris (@PatriceHarrisMD) said in a statement. “While we recognize that some insurers have made steps to remove prior authorization for medication-assisted treatment, for example, this report should be a wake-up call that too many patients face significant hurdles in accessing care.”

Patrick Kennedy, a former Democratic Congressman from Rhode Island, was a lead sponsor of the Parity Act, and he testified about the shortcomings of its complaint-driven enforcement at a hearing last September held by the House Energy and Commerce Committee.

“We need proactive enforcement of the law rather than the complaints-driven system that is currently in place,” Kennedy said at the hearing. “We don’t need any complaints to tell us that something is wrong. We need assertive monitoring and enforcement to protect our communities that have been ravaged by this epidemic.”

Officials with the Kennedy Forum—a mental-health advocacy group that former Rep. Kennedy found in 2013—noted other challenges to the Parity Act in a December Health Affairs blog post they co-wrote. Such challenges include that coverage criteria for medical/surgical benefits are often considered proprietary, so comparisons with mental health treatments are impossible, and that benefit denials don’t contain enough information for consumers to submit an appeal.

“All of these issues are exacerbated by growing pains as regulators, health plans, providers, and patients work out their rights and responsibilities under the law,” they wrote.

Those conclusions dovetail with the key findings in the Addictions Solutions Campaign report, which include:

“What regulators can learn from form review regarding a plan’s compliance with the Parity Act is insufficient to ensure that consumers get the coverage they are entitled to under federal law,” the report states. And for patients who seek treatment for substance-use disorders, “the plan documents reviewed do not fully identify the services that are covered and all requirements that may affect admission into care.”

“With better enforcement of the Parity Act, consumers will begin to receive the substance-use services that they are paying for in their insurance coverage,” the report concludes.

Dr. Harris called increased access to treatment “an essential component of reversing the nation’s opioid epidemic,” adding that she hopes the report will spur action by insurers and regulators.

“When a patient seeking care for an opioid-use disorder is forced to delay or interrupt ongoing treatment because of a health plan utilization management coverage restriction—such as prior authorization—that can be harmful to their care and health,” Dr. Harris said. “With respect to opioid-use disorders, that could mean relapse or death from overdose.”

Earlier this month, the Centers for Disease Control and Prevention (CDC) published data showing opioid prescribing rates fell by 13.1 percent between 2012 and 2015.

The CDC report reinforces the importance of doing “more to provide evidence-based, comprehensive treatment for pain and for substance use disorders,” Dr. Harris said. That could be accomplished, she said, “by implementing the National Pain Strategy and reducing barriers to all modalities for treating pain, as well as by narrowing the treatment gap for addiction so that all patients who need it can access medication-assisted treatment.”

These are among the recommendations of the AMA Opioid Task Force, which earlier this year issued a progress report in these areas.

The AMA offers online CME to expand your understanding of the opioid epidemic. Explore educational content such as "A Primer on the Opioid Morbidity and Mortality Crisis: What Every Prescriber Should Know."