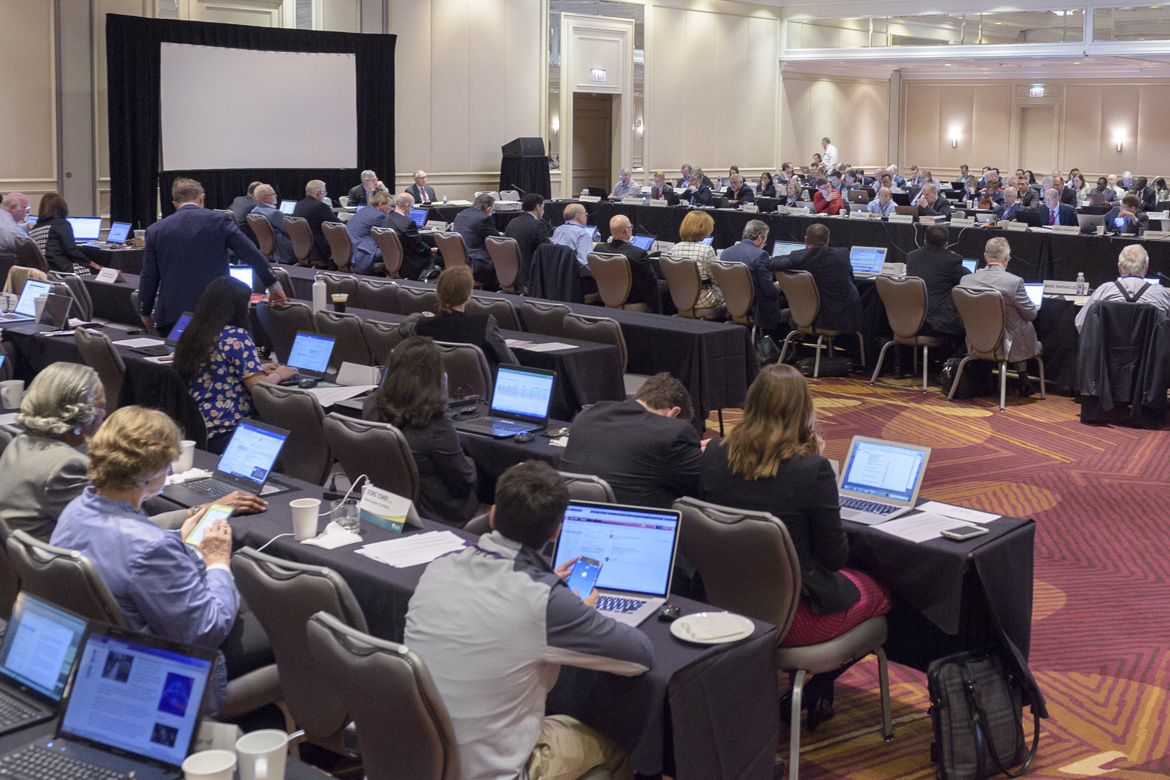 Recent research shows there needs to be a re-evaluation of the perception that an influential AMA advisory panel’s composition has led to low payment levels for primary care physicians.

The authors of a National Bureau of Economic Research (NBER) working paper found that while they believe there is some bias toward procedural specialists on the AMA-convened Relative Value Scale Update Committee, better known as the “RUC,” that bias is slight and it translates into more-informed advice given to Medicare decision-makers on the physician payment rates.

It may even have a positive effect on primary care physician payment.

The researchers found that affiliations among specialties regarding a particular service led to a higher price being established by Medicare for that service. In other words, a link was established between higher prices and the affiliations a particular specialty had. And it was determined that—except for general surgeons—no one was more affiliated than internists and family physicians.

Researchers David Chan Jr., MD, PhD, and Michael Dickstein, PhD, looked at 4,423 specialty society proposals discussed by the RUC from its inception in 1992 to 2013—the last year before several actions were taken to increase transparency of its operations (for example, public release of RUC voting records).

An “affiliation” measure was developed to calculate the effect of connections within the RUC that reflected the “closeness in global preferences between specialties.” This covers the similarity of services between specialties, such as how orthopedic subspecialists who perform hand and spinal surgeries may perform common procedures even if it is highly unlikely either would cross over into the other’s specialty. It also takes account of how internal medicine and family medicine share many services in common with other RUC-represented specialties—such as evaluation and management services.

The researchers also found that—if they created neutrality by equalizing affiliations—it would only result in a 1.9 percent reallocation of total payments in a fixed Medicare budget. Similarly, they calculated that doubling internal medicine’s RUC representation would increase the specialty’s revenue by less than 1 percent.

“Primary care doctors once thought to be disadvantaged by the presence of specialty physicians on the committee actually benefit from shared interests with other types of physicians,” Dr. Chan told the Stanford News Service. He is an assistant professor of medicine at the Stanford School of Medicine and a NBER faculty research fellow.

A 1.9 percent redistribution of payments equals about $1.3 billion. The researchers highlighted how the RUC’s recommendations influence Medicare payments to physicians, which—according to the Congressional Budget Office—totaled about $70 billion in 2017. And those payments “also indirectly shape pricing” in the overall $520 billion market for physician services.

With adjustments made for regional differences, Medicare sets its payments based on the intensity and effort a service requires, the expense a practice incurs in providing that service, and the cost of liability insurance for the physician delivering the service. Its main source of information in evaluating these resource costs is the RUC.

Despite the diversity of specialties represented by its 28 voting members, the RUC is known for building consensus. In 2016, 72 percent (137) of its recommendations were unanimous.

These recommendations are forwarded to the Centers for Medicare & Medicaid Services (CMS), which accepts them about 90 percent of the time in setting its physician payment schedule. The fees set by CMS are then often used as the foundation for private sector payment rates.

“These findings suggest that affiliation may improve the overall quality of information in Medicare pricing decisions,” the researchers wrote. “If the government undoes bias from high-affiliation RUC decisions, then informational advantages from communication will in general be nullified.”

“While the committee has been criticized for favoring procedures performed by committee members, our research finds that even though there is a level of bias, Medicare gains valuable information to use in setting prices,” he said.

Since 2009, RUC has also identified 1,401 services to be deleted from the fee schedule or whose costs have decreased through the introduction of new technology or efficiencies—such as new methods that have reduced the time needed to perform cataract surgery.  This led to the redistribution of $5 billion in the Medicare physician fee schedule.

NBER is a Cambridge, Massachusetts-based nonprofit, nonpartisan, private economic research organization. Its working papers are not peer-reviewed and are circulated for discussion purposes.