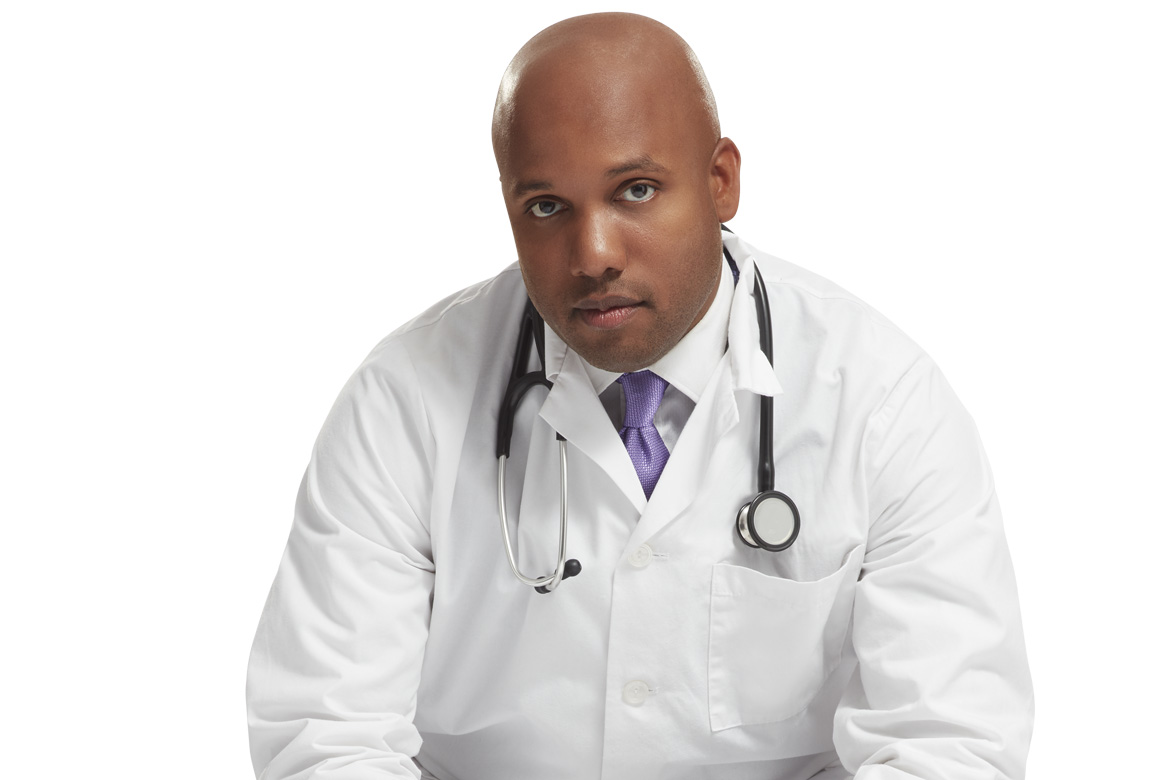 The AMA “Members Move Medicine” series profiles a wide variety of doctors, offering a glimpse into the passions of women and men navigating new courses in American medicine.

On the move with: Tamaan K. Osbourne-Roberts, MD, a family physician and chief medical officer for the Center for Improving Value in Health Care, a Denver-based nonprofit organization working to advance patient health, better care and lower costs.

What inspired me to pursue a career in medicine: My mother is trained as a science teacher; my father served as an accountant and a noncommissioned officer in the U.S. Air Force. Given these early influences, it’s perhaps unsurprising that I would choose a career that combines science with service—and, as the first-generation American child of two Trinidadian immigrants, choosing a career that exemplifies the industry, passion and opportunity of my parents’ adopted and my native country.

How I move medicine: As a practicing family physician, I strive to intervene directly and comprehensively in my patients’ individual health—treating them from head to toe, from “womb to tomb.”  But the Hippocratic Oath directs us, as physicians, to “apply, for the benefit of the sick, all measures which are required.”

Increasingly, such measures are found not just in the exam room, but in the boardroom and in the halls of government. It is for this reason that I work in health data, illuminating the “why” of health, supporting those caring for the health of populations and improving the social determinants of health.

Career highlights:  Being awarded an AMA Foundation Leadership Award and Minority Scholars Award as a medical student, serving as delegate of the AMA Medical Student Section, and serving as the youngest person and first person of color to be elected as president of the Colorado Medical Society in its 143-year history.

I’m also active in my specialty society, having served as first African-American and youngest (at the time) president of the Colorado Academy of Family Physicians. As a delegate to the AMA House of Delegates and as an alternate delegate to the American Academy of Family Physicians Congress of Delegates, I’ve co-authored policy on topics ranging from the Affordable Care Act to the public health consequences of excessive use of force in policing.

In a range of other roles, including my current role as CMO for the Center for Improving Value in Health Care, I’ve influenced state and national policy in many ways.

Advice I’d give to those interested in pursuing a career in medicine: Being a physician will take as much from one as one is willing to give, so balance is key. All physicians juggle a lot of balls, but some are rubber and some are glass. Don’t drop the glass balls: Family, relationships, one’s own health, one’s hopes and dreams. Once such things are broken, they can’t ever quite be put back together.

How I advocate for physicians and patients: As a bilingual first-generation American of color and a “military brat” whose family was active in public service both in the “old country” and in the U.S., and who has chosen to spend most of his clinical career working with underserved immigrant communities, service to others is very much what I do. My clinical career has largely been an expression of daily advocacy and, over time, this approach has led me to develop and extend my career in administrative medicine and health care policy. For me, advocacy is not an extra focus in my life—it is, instead, a basic way for me to move through the world and a way to live.

Aspect of my work that means the most: Clinically, I love the process of applying scientific theory to real-world pathology in the service of alleviating disease and combining such with a humanistic, behaviorally based approach to move beyond simply curing disease to helping create and maintain health.

At the same time, I’m fascinated by how behavioral economics, neuroscience and data can be used at population and policy levels to improve the health of entire communities. Like most family docs, I rather like doing it all!

My hope for the future of medicine: The scientific advances of medicine are exceptionally promising, but in the current health care marketplace, there are currently many obstructions to delivering on such promises.

Administrative burdens plague the provision of care at the clinical level, while social, economic and infrastructural complications burden the health of entire populations. It is my hope that, as we move forward, we remove such obstructions, bringing health to all citizens of our great nation.

Visit MembershipMovesMedicine.com to learn more about other AMA members who are relentlessly moving medicine through advocacy, education, patient care and practice innovation, and join or renew today.

Inside the AMA’s wide-ranging fight against scope creep