Beyond getting used to a new routine, a new city and a  new set of colleagues, many first-year medical residents will  face one additional hurdle: learning how to live on a fixed budget. 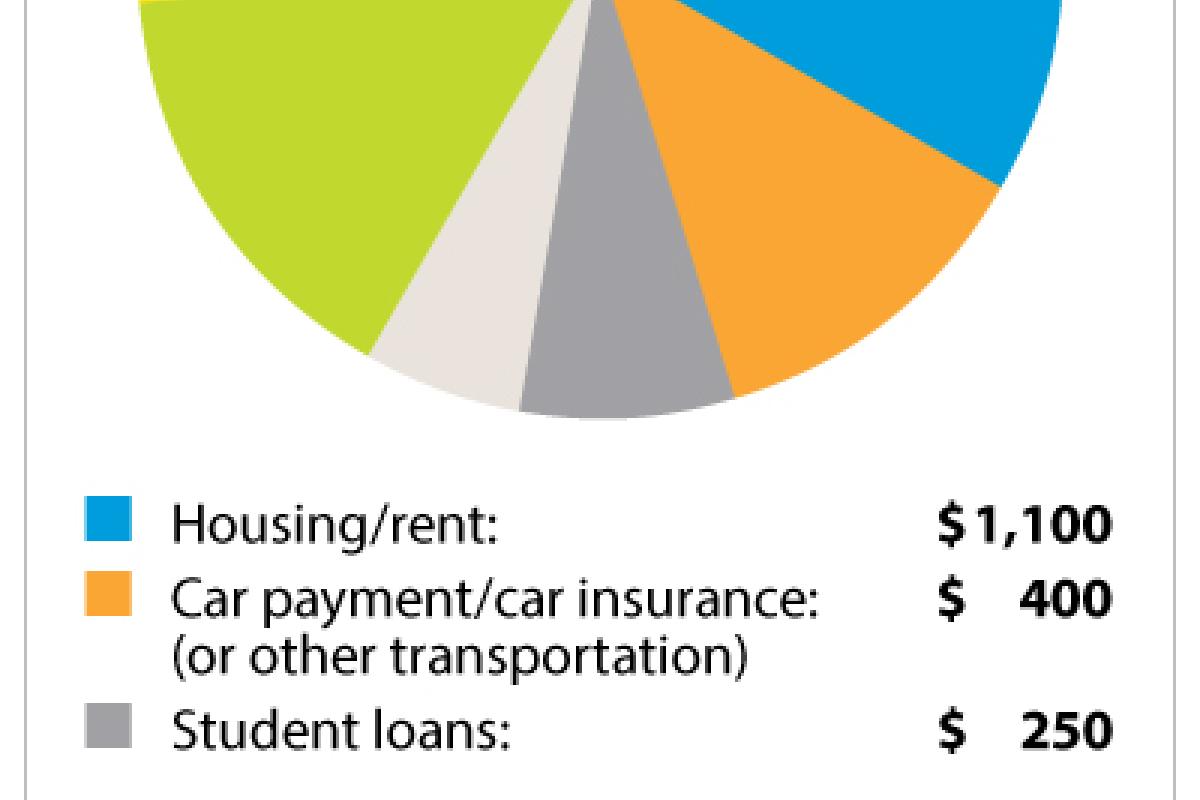 The average yearly salary for a first-year resident is about $52,000 in the United States, according to the recruiting website Glassdoor. But that does not mean that you will have $4,333 each month to spend as you see fit. According to Chad Chubb, CFP, the likelihood is that your net monthly income, after taxes and employer deductions, will be about $1,000 less: $3,300.

What does $3,300 mean in terms of living expenses? There is across-the-board consensus—from fellow residents who have had experience in living on a comparable salary to financial experts who have worked with young physicians—that it is critical to put together a realistic budget and to stick to it as best you can.

Chubb and other financial experts offer  a monthly budget that would resemble this:

That’s all very well and good, said McKinley Glover IV, MD, MHS, a fellow in diagnostic neuroradiology at Massachusetts General Hospital, who completed his five years of residency in Boston. But how do you translate those numbers into a monthly plan that will work for you?

Dr. Glover, who grew up in Tampa, Florida, and received his undergraduate and medical degrees from universities in the Southeast, admitted to sticker shock when he moved to Boston. But he was determined to adhere to a budget and “pay myself for retirement,” he said, explaining that it was important to him to save money from the get-go.

So , instead of coughing up $2,500 a month to live solo in a studio or one-bedroom in a fashionable part of the city—such as the Fenway or Back Bay—Dr. Glover opted to share a three-bedroom, one-bath townhouse with two roommates in slightly less trendy Somerville. There, his share of the rent came to $800 a month.

“That was a tradeoff,” he said. “While some of my colleagues definitely had nicer places, I felt that I could not afford not to put away savings for retirement.”

For those concerned about sharing a space with relative strangers, Dr. Glover said, “You spend a lot of time working in residency,” so you will cross paths with your housemates relatively infrequently, anyway.

Membership has its advantages:

Dr. Glover also offered a number of other money-oriented pointers to new residents.

Double- and triple-check to make sure that your student loans have been consolidated correctly. This is particularly relevant for residents participating in the Public Service Loan Forgiveness Program, for which many working in nonprofit or public hospital settings are eligible. If your loans have not been bundled properly—and you discover midway through your  repayment program that you will have to continue paying them off beyond the 120 months you had anticipated—“that is a very tough pill to swallow,” said Dr. Glover. It is a mix-up several colleagues had to contend with during their residencies, he said.

If your workplace provides retirement account plans—and almost all do—take advantage of them and any matching-funds options offered. You know the $525 in your monthly budget for “everything else?” Put several hundred dollars of it into a 403b), and watch your savings grow over time.

Talk to an accountant. You may wonder how many exemptions to take on your W-4 form. It is a good question to ponder, said Dr. Glover. Speak to a tax expert about your particular financial situation to determine how much to withhold in federal taxes. You do not want to be caught short at the end of the year with a tax bill. If you are, said Dr. Glover, that’s where the pot of money from your emergency funds may come in handy.

Be flexible, creative and realistic. “Everyone says that you should not spend more than one-third of your net income on housing, but that is not realistic if you are in very expensive metropolitan areas,” such as Boston, New York or the San Francisco Bay Area, Dr. Glover said.

Be prepared to spend more on housing—even with a roommate or two, you could pay upwards of $1,600 for a one-bedroom flat in downtown Brooklyn—and cut back on other costs, such as transportation. For instance, get a monthly New York City MetroCard for $121, give up your car and save almost $300 in the amount you have allocated for transportation. It may be too late for this year, but ask the program with which you are affiliated about subsidized housing for subsequent years. Dr. Glover noted that Weill Cornell Medicine, for instance, on Manhattan’s Upper East Side, offers such housing.

Up
52
More about:
Resolutions: Taking control of your financial wellbeing
4 things to know about buying a home as a resident physician
The real estate market & student loans: Hot topics in a changing landscape
Featured Stories