What makes for the best premed school? 4 key considerations

Is there an ideal educational destination to prepare you for medical school? If there is, it’s going to depend on a number of individualized factors, according to one expert who has been working in the field for more than four decades.

According to Robert Cannon, PhD, professor emeritus in the biology department at the University of North Carolina Greensboro (UNCG) who has advised prospective medical students for 40-plus years, there are two common metrics that any medical school applicant who attends any undergraduate institution will apply with: scores on the Medical College Admissions Test (MCAT) and a grade-point average (GPA).

Beyond that, he said, “medical schools are looking for people who know why they want to be doctors and, more importantly, have done things to prove it.” That includes “hands-on patients care, in-depth health-related or other sorts of volunteerism, and some physician shadowing.”

Much of the criteria Cannon lays out can be gained through most undergraduate institutions. Still, there are a few factors he pointed to that may make some colleges better for premeds.

Just about any accredited, brick-and-mortar university is going to give students a path to get their medical school prerequisites. For those who have fears that smaller liberal arts colleges may be viewed differently by admissions officers, Cannon said not to fret.

“You could look at those schools as schools of both liberal arts and sciences,” he said.

In terms of the size of a university: “It’s possible that a big university that has a lot more majors might give a student more choices. The issue there is, can a student who is in a nonscience major fit the premed prerequisites in their course schedule? The prerequisites may be taken as electives outside your major. At my university, for example, to be a music performance major—it takes extraordinary time and effort. Can a student fit in the premed requirement in addition to the major requirements? It would be hard.”

Going directly from college to medical school: What it takes

GPA is among the most heavily weighted factors in the medical school admissions process. The mystery of that number comes in terms of how GPAs are weighted depending on the perceived prestige of where they were earned.

Medical school admissions committees, Cannon said, may be prone to judging applicants based on preconceptions about the competitiveness of a given college or university based on previous experiences with applicants from those colleges and universities.

Cannon is leery of undergraduate institutions that tout the number of graduates who move on to medical schools. Instead of looking at that number—which the majority of institutions don’t publicize in any case—he advised looking at the support programs a school has that let students find the right volunteer opportunities and help to make them more competitive medical school applicants.

“These days, all colleges and universities know that they have to do more than just deal with students in the classroom,” he said. “The key is the whole experience.”

Universities have student-services offices related to community service and leadership. Cannon cautioned that students should demonstrate a commitment to the kinds of activities that would translate to a career in health care.

“It’s not that you had 18 different volunteer experiences,” he said. “Medical school admission deans aren’t looking for dabblers. They are looking for people who really showed depth of commitment to serving others who are often different from themselves.”

Which undergrad majors are best for med school?

Getting into medical school isn’t easy. Undergraduate institutions that offer some assistance, typically in the form of an experienced prehealth adviser or a prehealth advising office, can help students reach that goal.

“A school that has experienced health professions advisers—that would be a good school to think about going to,” Cannon said.

Those opportunities may be more readily available at a college with larger enrollment.

“Some larger universities have decided to put premedical/health professions advising into their career centers,” Cannon said. “They are often staffing these offices with individuals who aren’t necessarily academics. Their full-time jobs are to do everything they can to help students prepare for their post-college health careers.” 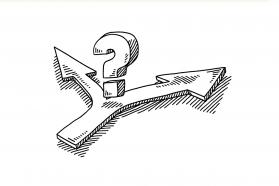 Accepted by more than 1 medical school? Consider these factors 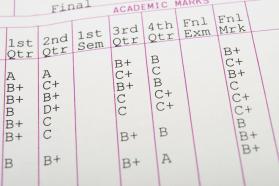 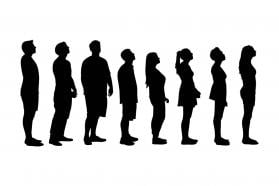 Wait-listed by your top-choice medical school? What you should know