Changing careers: What it takes to start over and become a doctor

If a career in medicine is a calling, what do you do if you are drawn to it later in life? Here are some things to know if you’re pondering a career change.

In the first episode of season 1 of the new Making the Rounds podcast, AMA senior attorney Wes Cleveland provides tips on what to consider before you begin the contracting process.

Now a third-year medical student at the University of Cincinnati College of Medicine, Haidn Foster can attest to that.

A half decade ago, Foster was the CEO of a marketing startup. He had founded the company during his undergraduate studies, and helped it take shape in the ensuing years. A health scare involving a chronic medical condition, however, changed his trajectory.

“My illness opened my eyes to the field of medicine,” he said. “Trying to understand the science behind my condition and what my doctors did to cure me—eventually enabling me to lead a life that was unencumbered by pain—was so impactful for me. I thought that if I could help others the way my doctors had helped me, I had to pursue that possibility.”

So, at 27, Foster began taking steps to become a doctor. If you are in a similar position, Foster lays out a few things he’d recommend you consider when pondering a career change.

This probably goes without saying, but Foster called the decision to leave an established career a difficult one that took months of careful consideration.

“One of the benefits of medical schools requiring that applicants engage in shadowing is to give applicants a sense of what life as a physician is like,” he said. “Beginning a career in medicine requires a tremendous investment of time, energy and money. Making sure this is the right path for you up front is critically important.”

You may have to study up to get in

Foster had never taken a biology class before considering a career as a physician. That meant that he had much work to do in terms of getting the prerequisites for medical school checked off. He enrolled in a post-baccalaureate program at Portland State University.

“It took about two years,” he said. “I had a full load of science classes every quarter, including summers. One of the considerations when putting that schedule together is that there’s only one medical school application cycle each year, so I had to make sure my prerequisite courses were completed in time to apply.”

You will be humbled

Foster went from a self-employed C-suiter to a first-year medical student. He advises medical students who have succeeded in other fields to remember that their prior history doesn’t come with them to medicine.

“For folks who have gotten to a certain level in their careers, it can be a shift in perspective to understand that you are starting over,” he said. “Medicine is a very hierarchical field. You’ll really understand that when you begin clinical rotations. As someone who may have previously been in management or another leadership role, beginning again at the bottom of the totem pole takes some adjustment.”

Is there a right time to apply to medical school?

A career in medicine can take on many forms, and the opportunities one is afforded to explore them—even as a medical student—came as a surprise to Foster.

“I had the impression that, going into medicine, I was locking myself into a single career track,” he said. “I’ve found that not to be the case at all. From my advocacy work with the AMA to founding a medical education nonprofit, to conducting research—all of these incredible opportunities have actually been enabled by entering the medical field. I find it tremendously fulfilling to be able to participate in patient care while advancing medicine outside of the clinic.” 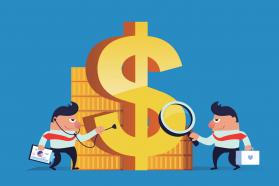 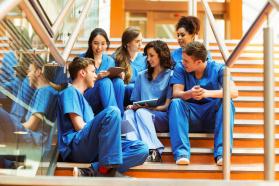 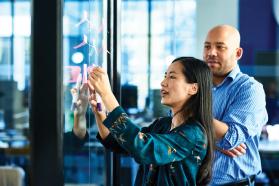 How a medical school mentor can shape your career