Native Americans work to grow their own physician workforce

Poverty and disparities in education and health have helped create an urgent need for American Indian and Alaska Native physicians while simultaneously contributing to an underrepresentation of physicians with those backgrounds.

As the AMA and other organizations work for improvement on both fronts, a university program offers a model for how to give aspiring American Indian and Alaska Native students a successful pathway into medicine.

Out of the estimated 5.2 million American Indians and Alaska Natives (AI/ANs) in the U.S., about 3,400 are physicians, just 0.4% of the physician workforce, according to a 2018 AMA Council on Medical Education report, “Study of Declining Native American Medical Student Enrollment.” 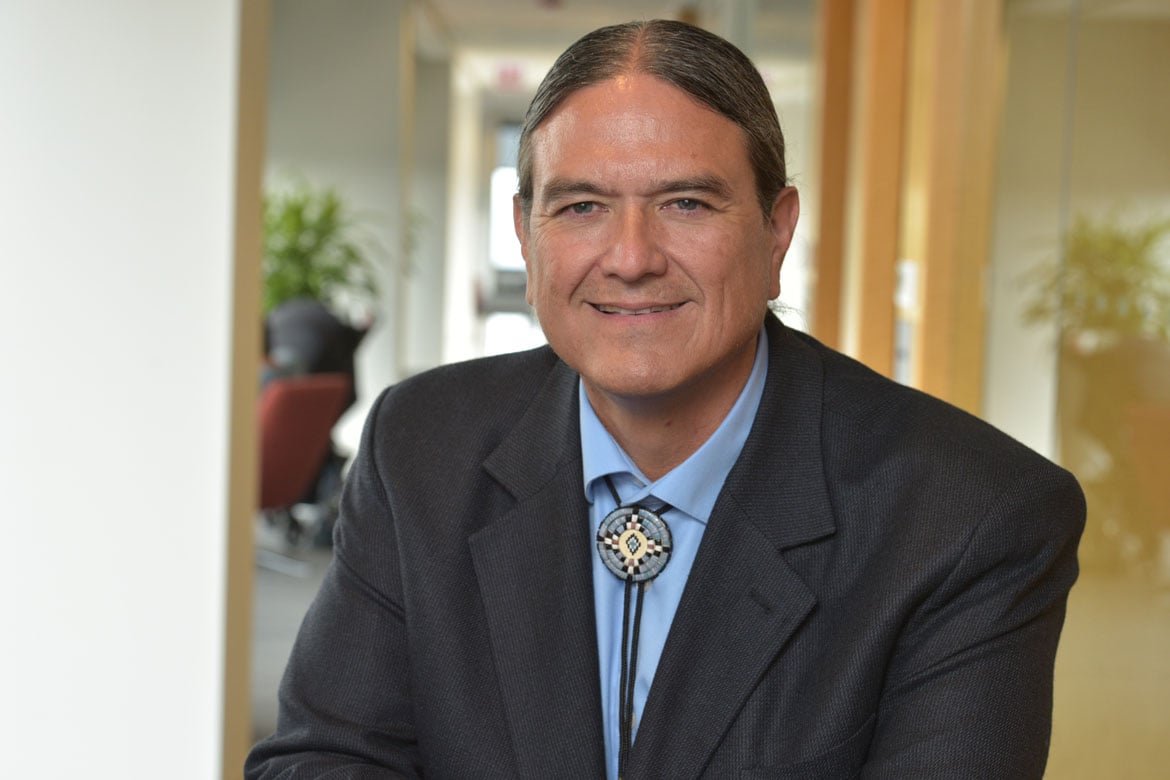 “It’s important to grow our own,” said Donald K. Warne, MD, MPH, associate dean for diversity, equity and inclusion at the University of North Dakota (UND) School of Medicine and Health Sciences, an enrolled member of the Oglala Lakota Tribe. (Dr. Warne is pictured above.)

Such recruiting efforts are further hampered because white doctors have trouble finding housing and adequate schools for their children, and may also find it difficult to adjust—for the first time in their lives—to being in the racial or ethnic minority of the community where they live, added Dr. Warne, an AMA member.

He added that what they are not exposed to is “the same type of science, technology and math that kids in the suburbs might have.”

“In the Northern Plains, the dropout rate on the reservations is more than 50%,” Dr. Warne said. “If less than half of your population graduates from high school, where are the doctors going to come from?” 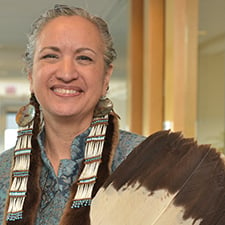 Only 9% of medical schools have more than four AI/AN students, while 43% have none, said Siobhan M. Wescott, MD, MPH, chair of the AMA Minority Affairs Section (MAS) , AAIP board member, AAIP representative to the AMA, and an assistant professor at UND. Dr. Wescott, hosted the AMA co-sponsored summit on behalf of the AMA-MAS, noted that she is one of only three physicians from her tribe in Alaska.

During the summit, Dr. Wescott and her AAIP colleagues offered an extremely meaningful gesture by way of giving a lovely photo of the Grand Canyon (shown here) to the AMA for display in one of its Chicago headquarters meeting rooms, the Grand Canyon room. 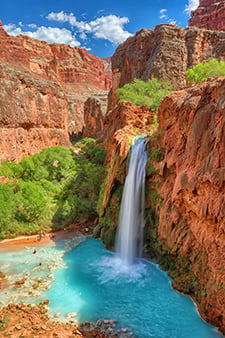 Dr. Warne is also director, and Dr. Wescott the assistant director, of the UND’s Indians into Medicine (INMED) program.

Dr. Warne calls INMED “by far, the most successful indigenous medical training program in the world,” having helped 228 American Indians and Alaska Natives graduate since its inception in 1973. A new cohort of six students has just enrolled.

The students provide each other with cultural and social support, while the program arranges for group lunches where AI/AN students from all four years can meet and study together.

The program also includes a six-week Medical College Admission Test prep course. Dr. Warner noted that, out of the 10 students who participated last summer, eight were admitted to medical school, one is now going for a PhD, and the other plans to apply to medical school next year.

“That’s pretty darn good,” he said, but he added that there is an urgent need to work “further upstream.” And that’s where INMED’s Summer Institute comes in to play. It’s a six-week program for 40+ students in the seventh through 12th grades who are interested in a health career. The program includes classes in biology, chemistry, communications, health, math and physics.

Both doctors say the attitude of the students in the summer program fill them with hope.

“They’re brilliant and inspiring because they are so deeply immersed in social challenges but they’re still here,” Dr. Warne said. “They make me want to work harder.”

Medical education in 2020: How we got here, where we’re headed