For Michael Suk, MD, Geisinger’s pledge to cover any follow-up costs to a patient’s hip replacement for the rest of their life was the result of two accomplishments.

First, it meant developing highly reliable evidence-based processes that produce the outcomes the Danville, Pennsylvania-based integrated health care organization can stand behind. And, second, it required developing a response to anyone who said it could not be done.

“It becomes a question of persistence and maintaining a vision for what is the right thing to do as far as innovation,” said Dr. Suk, chair of the Geisinger Musculoskeletal Institute and its orthopedic surgery department. 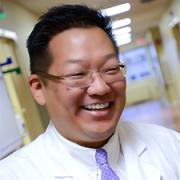 Unveiled as a pilot program, Geisinger has pledged to cover any surgical and hospital costs for their hip-replacement patients—even the cost of replacing the replacement hip itself—as long as the care is provided by Geisinger physicians and the patient remains with the Geisinger Health Plan.

The pilot was launched earlier this year, when a patient described as “an active, 53-year-old woman” underwent a successful total hip replacement.

Dr. Suk noted that the life of a replacement hip ranges from 15 to 25 years, so it is not unlikely this patient will have to come in for a “revision.”

“That is something we can expect, but we don’t front-end any of that cost,” Dr. Suk said, adding that, if that patient is still with the Geisinger Health Plan and receives care at one of Geisinger’s 13 hospital campuses, she will have zero out-of-pocket costs.

Geisinger is able to make that pledge, in part, because Switzerland-based orthopedic implant manufacturer, Medacta International, will be splitting those costs.

“This manufacturer agreed to share 50-50 the cost of any future issues,” Dr. Suk said. “So, not only did we ring the bell on lifetime expenses, we also found an industry partner who’s all in.”

He added that there is no predetermined time the pilot will end or metrics that it must meet.

Geisinger launched its ProvenCare program in 2006 when it offered a 90-day warranty on its coronary artery bypass surgeries. The program grew to include orthopedic programs for hip fracture plus total hip and knee replacements.

“Bottom line: We are extending a program we’ve had in place—extending it to a lifetime brings us additional risk,” Dr. Suk said. “But we think it’s a very good bet.”

While the ProvenCare Total Hip program launched in 2014, it was based on orthopedic protocols already in place that had been shown to reduce readmissions 50 percent and hospital lengths of stay by 10 percent. The program included evidence-based clinical bundles, a 45-point checklist that took patients through admission, surgery, discharge and follow up, and patient education and encouragement to be involved in their own care.

“Our focus has never been on merely saving money, but to elevate the patient experience and provide better quality of care,” David Feinberg, M.D., Geisinger president and CEO of Geisinger, said in a news release last October.

The ProvenCare Total Hip program employs the Geisinger care strategy, whose components include: A team approach, with all members operating at the top of their license; reliably providing evidence-based practices; using data analytics to guide care redesign and delivery; providing clinical decision support at the point of care; and eliminating costs that have no benefit to patients.

Comparing the three-year post-implementation averages with baseline for total hip replacement, per-episode costs have fallen by 11 percent, or $3,225, while average length of stay fell by 24 percent—a full day. Meanwhile, a separate study of hip patients found that of the two years after implementation, all-cause readmissions dropped 73 percent.

For total knee replacement, costs in the third year were 10 percent, or $2,750, lower than at baseline, and average length of stay fell by 0.8 days, or 18 percent. And, again, in the two years after implementation, all-cause readmissions fell 76 percent.

Dr. Suk added that elimination of unwarranted variation is another key element that allows “belief in our own internal processes” to the point where a guarantee is possible.

While it was rolled out as a pilot, Dr. Suk said there are long-term expectations to continue the pledge to cover all follow-up costs for the life of a patient. There are also considerations for extending the program for knee replacements, and soft-tissue procedures to repair injured anterior cruciate ligaments and rotator cuffs and treat carpal tunnel syndrome.

Other systems are looking to see if they can replicate what Geisinger is doing, he added, noting that this also serves to lifts spirits of the team because they get the sense that the lifetime guarantee is changing the health care industry.

“Now no one can say it’s impossible,” Dr. Suk said.

What doctors wish patients knew to make the most of telehealth