Multiple factors coming together at the right time helped spur the development of a self-measured blood pressure (SMBP) data model with preventive power by giving physicians the tools to interpret and act in a timely fashion on the BP information they get from their patients.

The data model was built by the AMA Integrated Health Model Initiative (IHMI), a collaborative effort founded to develop solutions for improving the organization and exchange of health data. The model was the subject of live demonstrations at this year’s Healthcare Information and Management Systems Society (HIMSS) Global Conference & Exhibition in Orlando, Florida.

IHMI has worked with Higi, a consumer-technology company with a national network of 11,000 BP-measuring stations. HIMSS booth visitors measured their BP at a Higi station that incorporated the SMBP model, along with technology from Cerner and mobile app developer HealthSteps.

Data was collected on the spot, pushed into the cloud, displayed in a Cerner electronic health record window, then run through an IHMI BP-average algorithm to display the person’s BP average over time in a trend graph on the simple-to-use HealthSteps app.

“That would have been nearly impossible three years ago,” said Thomas Giannulli, MD, IHMI chief medical information officer. “People saw that and said: ‘Well, clearly you figured out how to make this work. This is real code that is functional and working.’ And that helped develop some credibility in the market.”

“The IHMI SMBP model not only collects data—it does so in a way that creates added value,” Dr. Giannulli said. “And what is that added value? The underpinning of the whole IHMI mission: We’re trying to facilitate the exchange of information for the provider that improves clinical decision-making.”

Tens of millions of Americans live with uncontrolled high blood pressure, which puts them at higher risk of heart attack, stroke, kidney failure and other costly and deadly health outcomes. Target: BP™ is a national initiative co-led by the AMA and American Heart Association. The AMA has developed tools and resources using the latest evidence-based information to support physicians to help manage their patients’ high BP. These resources are available to all physicians and health systems as part of Target: BP.

Separating the signal from the noise

The IHMI data model is designed to provide physicians with information on whether their patients report being rested, seated and using a BP cuff appropriate for their body size when the measurement was taken.

Measurements taken when a patient is not at rest, standing or using an inappropriate cuff tend to be higher than would have been received otherwise, Dr. Giannulli explained, and this can lead to physicians prescribing misguided treatments.

“For too long, clinicians have struggled to navigate a landscape with oceans of data but puddles of information,” he added.

Along with improvements in technology, the utility of the data model is enhanced by it being built on the Fast Healthcare Interoperability Resources (FHIR) data platform created by the Health Level Seven International (HL7) standards-setting organization. In the 21st Century Cures Act, Congress mandated that the FHIR (pronounced “fire”) platform be used to promote interoperability of health IT systems.

“It allows us to leverage the FHIR adoption and footprint to get broader use of SMBP,” Dr. Giannulli said.

Another factor that should spur use of the data model is the creation of new remote patient-monitoring CPT codes that don’t require direct face-to-face interaction with patients for payment.

“That allows a doctor to basically run a mini BP clinic in his or her practice,” Dr. Giannulli said.

The new data model and CPT codes could be used to create a scenario in which physicians collect the patient-supplied data, the SMBP model validates it, then the data is displayed in a manner that facilitates decision-making on which patients should be called in for a clinical visit, he said. Meanwhile, the CPT codes create a pathway for the physician to get paid for the time and expertise required to make that decision.

“We’re envisioning building a technology solution that does that end to end,” Dr. Giannulli said.

Now the focus is on building uptake of the data model “in the wild,” he said. And that is being done by working with technology vendors, HL7 and other data-standard organizations, and thought leaders such as the Cleveland Clinic to build awareness of the SMBP model.

IHMI is also monitoring industry activity and reaching out to developers of digital health products that get Food and Drug Administration approval.

Editor's note: This article was updated to clarify that the IHMI model itself does not address the clinical validity of source devices.

AMA EdHub™️: The latest on perioperative cardiac care from SHM 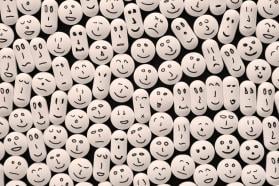 How your private practice can target population health