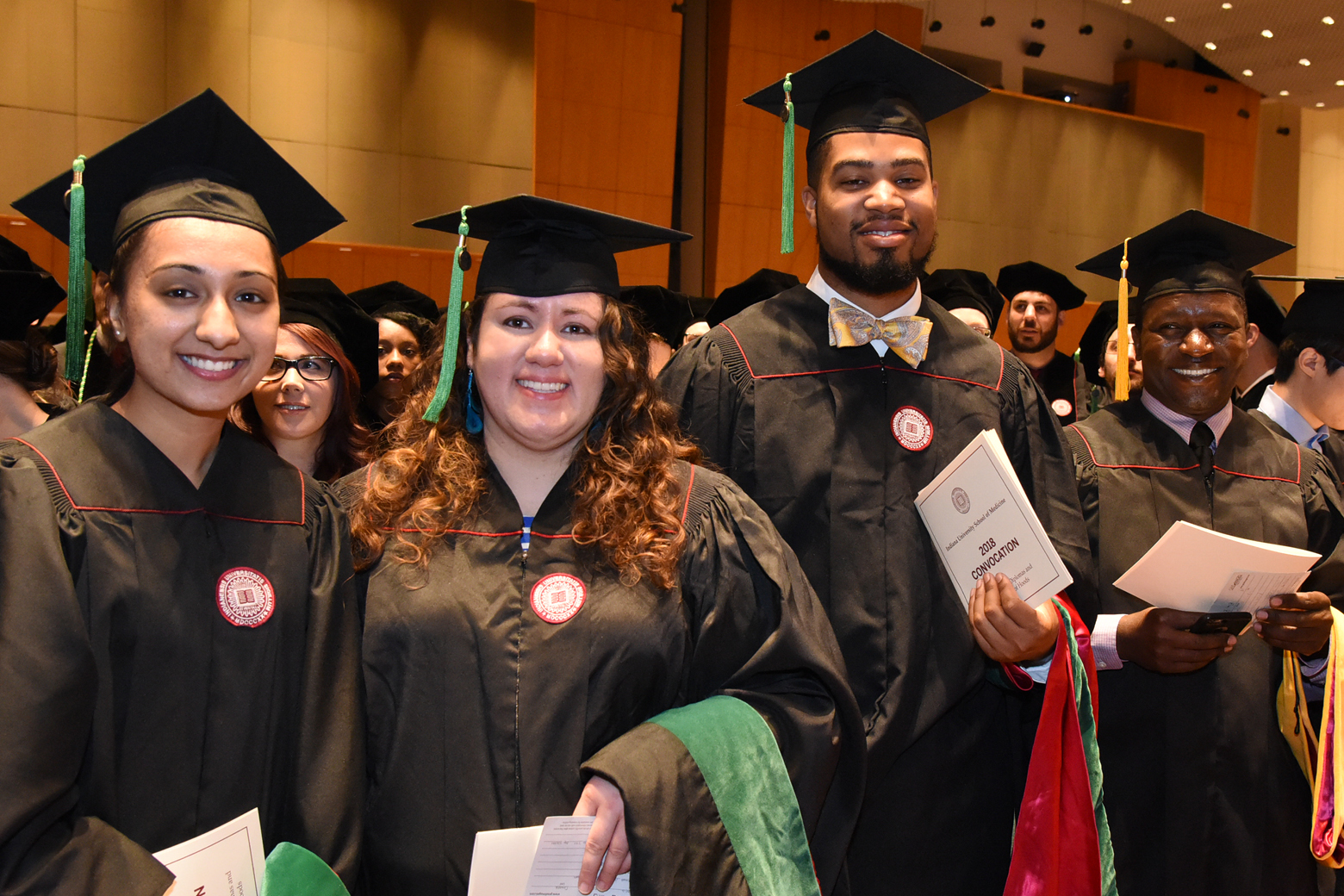 Five years ago, the AMA and a small group of medical schools decided to work on a longstanding issue: while medicine had evolved dramatically over the past century, medical education had not. Working jointly, the Association and the 32 schools in the Accelerating Change in Medical Education Consortium went about addressing that challenge.

Those students are among the first to graduate from programs—each of which was among the Consortium’s 11 founding medical schools and received a $1 million AMA grant—that installed curricular redesigns aimed at creating a different kind of med school graduate.

“Through our work over the past five years, we have made significant progress in a short amount of time toward ensuring future physicians are prepared to meet the needs of patients in the modern health system,” said AMA Executive Vice President and CEO James L. Madara, MD.

“Today, the foundation we created is producing real results through the trail-blazing advancements in medical education developed by the Consortium,” he said. “These future physicians will be better equipped to provide care in a practice environment of rapid progress, new technology, and changing expectations both from government and society—directly impacting the way health care is delivered to nationwide.”

First of many graduates

The graduating classes of 2018 are merely a drop in the bucket. Launched in 2013, the innovations developed through the Consortium are currently reaching 19,000 medical students who will one day care for 33 million patients each year. That’s about one-fifth of all medical students in the U.S.

Anthony Mayen, MD, is a 2018 graduate of the Brody School of Medicine at East Carolina University, a Consortium school. Among the curricular innovations that students such as Dr. Mayen were able to experience was a new comprehensive longitudinal core curriculum in health systems science which integrates competencies in quality improvement, patient safety, systems science, population health and team-based care in order to foster interprofessional skills and prepare students to successfully lead multidisciplinary health care teams.

“When speaking about our new curriculum with past Brody alumni, as well as medical students from other schools, they have related that we are addressing topics that are otherwise gaps in their education, and would have better prepared them to enter the health system,” Dr. Mayen said in a news conference. “The educational value alone is tremendous, but this curricular change has provided much more. It has sparked a change in the culture here at the Brody School of Medicine and has drawn greater interest in health system improvement throughout the campus.”

Brody’s curricular overhaul is one of many innovations from which the first group of consortium graduates has benefitted. Here are some other key initiatives.

Students at Penn State College of Medicine are among the first in the nation to graduate with training received through the AMA’s Health Systems Science textbook. The book was developed by the AMA Consortium to help students learn how to navigate the changing landscape of modern health systems, especially as the nation’s health care system moves toward value-based care. The textbook was released in 2016 and is now being used in 14 medical schools across the country, including seven medical schools that are not part of the AMA Consortium.

Other recent graduates were trained using the Regenstrief EHR Clinical Learning Platform, a teaching EHR that was developed by IU School of Medicine as part its AMA grant, along with the Regenstrief Institute. The platform is in use at IU and seven other medical and health professions schools in the U.S., reaching more than 3,000 learners.

The Consortium has also produced competency-based curricula that are allowing students to advance through medical school after successfully mastering defined milestones through their own individualized learning plans. OHSU School of Medicine developed a competency-based program as part of the five-year grant it received through the Consortium that has reduced medical student debt by nearly $17,000 per student since 2015 and allowed nearly 25 percent of its 2018 graduating class to graduate early.

The future of the consortium

The future of the consortium

The five-year grants awarded to the founding consortium schools are coming to an end, but the work of the Consortium will continue. The next phase of the work will be announced later in 2018. The AMA also plans to soon begin work on curricular changes that will help ensure students make a seamless transition into residency.