When health policy is local, this path can get your message heard

In the always trying effort to shape policy, Dennis Dimitri, MD, said it helps to remember the lessons of history as he recalled a famous quote from the Boston politician who served as speaker of the U.S. House of Representatives from 1977 to 1987.

“Tip O’Neill said, ‘All politics is local,’ and it’s even more so with health care,” said Dr. Dimitri, past president of the Massachusetts Medical Society (MMS).

“Legislators are genuinely interested in what we have to say as practicing physicians, especially when it comes to health care,” Dr. McDonald said. “And a lot of lawmakers have told me that they are surprised that physicians are generally not more vocal. They need to hear from us, and we need to speak up.”

In addition to helping build a consensus on issues, these meetings also help local advocates build relationships with their legislators and their staffs.

Dr. McDonald said it’s important to foster that relationship long before a bill comes up that physicians want them to support or oppose.

“If your legislator only hears from you when you’re complaining, it’s not going to have nearly the same impact as it will if you interact with them on a regular basis,” he said.

Physicians have plenty of tools to help grow advocacy grassroots

When advocates and lawmakers know each other, it’s easier to get beyond an opposing viewpoint, according to Carole Allen, MD, a member of the MMS Board of Trustees and a former member of the American Academy of Pediatrics Board of Directors.

“Relationships really matter,” Dr. Allen said. “Politics makes strange bedfellows, and you’re not going to agree with everyone on every issue. But, if you have a relationship you’ve built on several issues, you can respectfully disagree.”

Dr. Allen noted that local legislators can become national lawmakers, which is the case for her Congressional representative, Katherine Clark, who was elected in 2013 after serving in the state legislature since 2008.

“I get to know legislators on a local level and then they move up,” Dr. Allen said. “My congresswoman, Katherine Clark, was first a state rep, then a state senator. As she’s moved up, I’ve followed her career.”

He had worked closely with Washington state Sen. Derrick Kilmer to solve issues with Medicaid funding for emergency medicine. After Kilmer was elected to the U.S. House of Representatives, he encouraged Dr. Schlicher to run for his seat. The two county boards in the Senate district then voted to appoint the Tacoma emergency medicine physician to take Kilmer’s place in the state legislature. He served for 11 months in 2013 before losing a special election for the remainder of Kilmer’s term.

“Unfortunately I lost, but I got to see how the legislative process worked,” Dr. Schlicher said, adding that he still works on policy issues so the experience has helped. 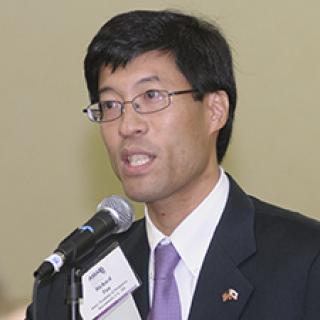 “Politics is all about trust,” Dr. Pan said. “Politics is also about relationships. Beyond whatever bill is currently on the table, be a trusted source of information.”

“I’ll supply the coffee and the room”

Dr. Pan recommends going through a county medical society to have a legislator or a staff member visit a physician’s office so they can view firsthand how certain issues are affecting practices. Hosting a coffee session with neighbors or a medical group or local medical society chapter is another way for physicians and lawmakers to get to know each other.

“Especially during a campaign, it’s a way of building a relationship and to show you’re engaged,” Dr. Pan said. “Tell them ‘I’ll supply the coffee and the room.’ That’s something you appreciate when you’re a candidate—I still like going to them.”

Dr. Pan put his experience as a grassroots organizer to use when he co-sponsored a bill eliminating nonmedical exemptions to school vaccination requirements.

The bill was a response to a 2014 measles outbreak that began at Disneyland. Dr. Pan and his legislative allies recruited parents to testify about their children with cancer and other diseases that compromised their immune systems and whose conditions prevented them from being vaccinated. Exposure to children who were unvaccinated due to parental choice put them at risk.

Physicians were also recruited to speak to school boards and county health commission. Ultimately, supporters were able to present legislators with a lengthy list of school districts and counties that had endorsed the bill’s stricter vaccine requirements.

According to Dr. Pan, advocacy of this type serves as a way to fulfill the AMA mission of promoting the art and science of medicine and bettering of public health.

“We need to be active,” he said. “Advocating for patients and communities is part of our role. It’s important to not just stay in our office.” 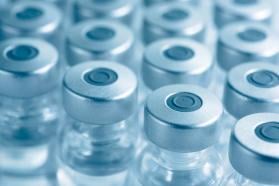 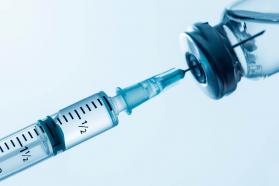