Fresh economic research confirms that physicians are job creators in every setting: hospital or office, city or country. The most vivid impact can be seen where doctors always have been a cornerstone of community life—small town America.

The numbers come from the AMA’s latest physician economic impact study, which calculates that doctors in the U.S. each support, directly and indirectly, an average of just more than 17 jobs. The national total for all those jobs is nearly 12.6 million. Explore how physicians make an economic impact in communities across the nation with this interactive map.

A visit to Gibson City, Illinois, population about 3,500, tells a more personal story about how one individual doctor can have a positive economic impact on a community. It is where family physician David Hagan, MD, practices in a trim, brick office building at one end of the town’s red cobblestone main street. 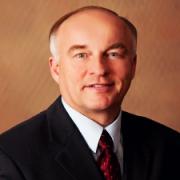 Dr. Hagan arrived in 1983, straight from residency, to join the practice’s founding physician, who would eventually retire after 47 years of service to the town. Then and now, the practice employs local people in good-paying, stable positions—jobs that won’t ever be sent overseas.

“I have a nurse practitioner who has been with me over 23 years. We have a satellite office over in Fisher [Ill.]; there’s a full time person in that office, an LPN [licensed practice nurse] by training. We have two nurses in our Gibson office,” said Dr. Hagan. There is also a receptionist and a full-time bookkeeper, and another staff member who splits her time between those two tasks.

“When I bought Christmas gifts, I bought eight of everything,” he said of his holiday shopping list for staff. That includes a couple that augment their retirement income keeping the office in good shape. “They were doing custodial work for the practice before I came to town. They do a great job and as long as they are physically able and want to do it, they are good to go.”

All told, perhaps two dozen people have worked for Dr. Hagan over the years. “You come work for me, you stay for a while.”

In the mid-1990s, Dr. Hagan built the office building where he still practices. The materials were bought at the local building yard. For the plumbing and other construction labor, he said, “I made sure that it was a local outfit. There is a local pair of brothers who did the main construction. The heating and cooling was done by a local fellow and the electrical work was done by a local guy.”

About a year and a half ago, and after some 20 years of being his own boss, he sold his practice to the local, nonprofit hospital. “We’re now all hospital employees, and the local hospital here in Gibson City is, by far and away, the No. 1 employer in the county.” The facility itself may be small by big-city standards—as a critical access hospital it is limited to no more than 25 acute- care inpatient beds—but it operates a network of clinics in counties throughout east-central Illinois, employing hundreds of people.

Dr. Hagan, the 2011 president of the Illinois Academy of Family Physicians, has been a hospital board member since 1985.

Both in private practice and as part of the hospital network, Dr. Hagan has first-hand experience with the role medicine plays in the economic life of communities like the one he serves.

“Hospitals and medical practices in small towns are just a huge economic driver,” he said. “You don’t have a major university here, or a large government entity, you don’t have corporate offices.”

Dr. Hagan is one of 3,805 family physicians in Illinois. He and his colleagues in family practice directly and indirectly support 53,173 jobs, according to an in-depth analysis in the latest AMA report on the national economic impact of physicians. The report, the third of its kind since 2011, is a project of the AMA Advocacy Resource Center.

The study details national and individual state data on economic output, jobs, employee benefits and state and local taxes supported by physicians. It is used to inform lawmakers and officials, especially on the state level, so they can understand physician contributions to community prosperity as decisions are made that could affect the practice of medicine. All told, there are 30,258 doctors in Illinois. They directly support 146,163 jobs and indirectly support 250,693 others—on average, each supports more than 13 jobs.