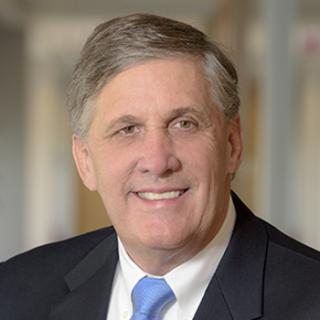 First elected to the American Medical Association Board of Trustees in June 2018, Scott Ferguson, MD, has a long history representing physicians and patients at every level: in his hometown, in his state of Arkansas and nationally.

As a member of the Arkansas legislature, Dr. Ferguson was a driving force for physicians and patients, working on landmark legislation including “any willing provider,” comprehensive children’s insurance programs, vaccination/immunization, and enhanced medical care for pregnant women, newborns and mastectomy patients. Since leaving office, Dr. Ferguson has continued to spearhead efforts for tort reform, network adequacy and expansion of health care coverage.

A practicing radiologist in West Memphis, Ark., Dr. Ferguson’s previous leadership roles include serving as chair of the U.S. Food and Drug Administration National Mammography Quality Advisory Committee, and as president both of his county medical society and of the Arkansas Medical Society, where he also served as chair of the society’s Legislative Committee, as well as chair of its PAC Committee for 10 years. Prior to his election to the AMA Board of Trustees, he served on and chaired the Arkansas delegation to the AMA House of Delegates and served as vice chair of the AMA Radiology Section Council.

The recipient of the Distinguished Service Award from his state radiological society, Dr. Ferguson championed medical education at the University of Arkansas Medical School while on the Admissions Committee and worked hard both in and out of government to achieve additional residency slots in Arkansas.

Dr. Ferguson’s passion for advocacy is shared by his wife, Deborah, a current member of the Arkansas state legislature. They have three children: Catherine, an emergency physician in California; Scott, a software engineer in Tennessee; and Caroline, a recent PhD graduate from Stanford University.