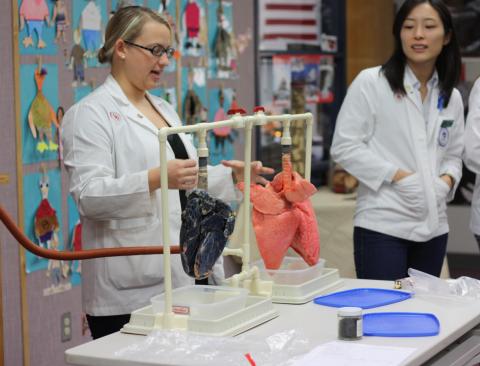 Community and medical organizations are teaming up to prevent the tragic consequences of drug misuse and preventable cancers by educating their communities about safe practices and healthy behaviors.

Through the AMA Foundation’s Healthy Living Grants program—which now is accepting applications—community programs with limited budgets are able to be an important part of the solution for prescription drug misuse and preventable cancers.

This year’s grant program has allocated funds for community projects by programs with annual operating budgets of less than $2 million that are partnering with medical organizations to educate their communities on these two pressing public health issues.

Among the dozens of projects executed by past awardees were programs such as:

As a past awardee, the Virginia College of Osteopathic Medicine in Blacksburg, Va., noted that the program for which they used their grant “has had a great impact in an impoverished region of Appalachia where the students are at great risk for substance abuse and an area where there is the greatest increase in deaths from prescription drug abuse.”

The deadline to apply for a Healthy Living Grant is Sept. 11.

Want to contribute? If you’re interested in giving toward programs like these, consider donating to the AMA Foundation. In addition to Healthy Living Grants, the foundation offers funding for physician-led clinics that care for underserved patients, grants for medical research and scholarships for medical education.

Up
12
More about:
7 physicians honored for their contributions to medicine
Pioneer on rare genetic disease research among 5 honored by AMA
American Medical Association Awards for Outstanding Government Service
Featured Stories

8 medical coding mistakes that could cost you

What doctors wish patients knew about the dangerous Delta variant