A patient with metastatic prostate cancer to his bones was doing well on his chemotherapy, but his pain regimen was no longer working so his physician raised the opioid dosage from two per day to three.

The patient brought the paper prescription for a very large amount of time-release morphine to the pharmacy. But when the pharmacist called the patient’s health plan to obtain prior authorization, it was denied.

“After all, we practice team-based care!” Dr. McAneny told delegates at the opening session of the 2018 AMA Interim Meeting in National Harbor, Maryland.

“My patient, a very proud man, felt shamed and didn’t know what to do,” said Dr. McAneny, who practices in Gallup, New Mexico. “He went home to be as tough as he felt he could be. That worked for about three days, and then he tried to kill himself.

“Fortunately, his family found him in time and the emergency medicine physician was able to save his life,” she said. “He spent a week in the hospital and finally we got his pain back under control, on the exact regimen I had prescribed him as an outpatient.”

The story captures the grim reality faced by too many patients and physicians “in our current dysfunctional health care system,” Dr. McAneny said.

“The health plan made a medical decision without knowing the patient. The health plan does not have the chart, doesn’t know the patient, and basically countermanded my orders without even telling me—using the prior-authorization process.”

Ninety percent of physicians surveyed by the AMA say the prior-authorization process leads to care delays and lower-quality care. The need to fix prior authorization is a “huge priority” for the AMA in the fight to revamp the country’s dysfunctional health care system.

“We need to reduce the intensity of prior auth, ensure that it is evidence-based and streamlined through automation that doesn’t create another physician workflow problem,” said Dr. McAneny. “The AMA is leading a coalition to standardize and streamline requirements in prior authorization to minimize care delays.

“We are fighting alongside our state and specialty medical societies to eliminate burdensome prior authorization and fail-first requirements,” she added.

Dr. McAneny also addressed the feeling of exasperation that physicians experience when they know what a patient needs and see the health care system get in the way. That sort of experience leads to physician burnout, she said.

Adding to that sense of frustration over individual cases when physician judgments are overridden by corporate policies are the broader, troubling trends within the health care industry.

“I feel a sense of urgency as we are witnesses to greater concentration of wealth and power in the hands of ever larger corporations, with more and more middlemen pulling down large salaries while our patients go bankrupt and physician practices struggle to survive,” she added.

Dr. McAneny outlined some other examples in medicine where patients’ interests seem to be overlooked and highlighted the powerful voice the AMA brings to the table.

Growing consolidation. The AMA opposed, and helped defeat, the proposed mergers of insurance behemoths Anthem and Cigna, and Aetna and Humana.

The AMA also fought the purchase of Aetna by CVS Health Corp. While the Justice Department decided to let the merger proceed, they only did so after making divestiture of Aetna’s Medicare part D prescription-drug business a condition of the merger.

That is “a move that we hope will help protect competition in those important markets,” Dr. McAneny said.

Gun violence. This is another area where many “fear to tread,” said Dr. McAneny. In the last two weeks, the country has mourned “still more senseless deaths” from the mass shootings in Pittsburgh, and in Thousand Oaks, California. She cited a new report from the Centers for Disease Control and Prevention finding that gun homicides and suicides are at their highest levels in more than a decade.

“My friends, these deaths—from mass shootings, from suicide, from children gaining access to a parent’s firearm—are preventable.

“Thoughts and prayers just won’t cut it anymore,” she added. “Policymakers at the state and federal level must act on common-sense, data-driven measures to prevent yet more carnage.”

The skyrocketing cost of prescription drugs. The AMA continues to fight for drug price and cost transparency at both the state and federal levels.

Social determinants of health. The AMA’s Improving Health Outcomes initiative has reached more patients with prediabetes and is empowering them to stay healthy and avoid the expensive complications that are breaking the bank.

Access to insurance. Physicians and the AMA have fought efforts in Washington and at the state level to strip patient protections gained through the Affordable Care Act.

Excessive time on the EHR. The AMA has convened health IT vendors and doctors to address the problems, and they also are working on interoperability.

“It is our job, our calling and our mission to create a health care system that recognizes and supports  the efforts of dedicated medical professionals,” Dr. McAneny added. “We need to create a system that values health over money, power and politics. We can do this, and we must do this. We are the AMA.” 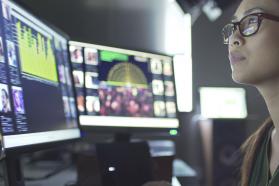 Why IRBs must scrutinize collection of LGBTQ information 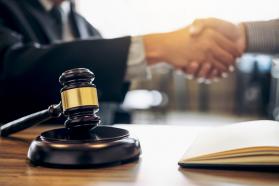 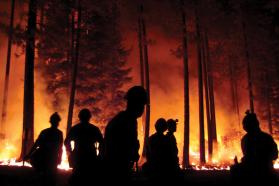 How Kaiser Permanente manages at burning edge of climate change