Prescription-drug pricing is vexing for all states, but poorer states can have it particularly bad. Louisiana, for example, has a hepatitis C epidemic alongside some of the highest rates of HIV, syphilis, maternal mortality, diabetes and smoking, leaving its health department in a dilemma over which programs and patient needs to prioritize. Two public health experts explore how a subscription payment model can help the state solve its hepatitis C crisis and relieve pressure in other budget areas.

The cost of health care in the U.S.

In this Moving Medicine podcast, Dr. Ashish Jha, director of Harvard Global Health Institute, explores why the U.S. spends so much on health care.

The AMA Code of Medical Ethics provides additional guidance on access to health care, such as opinion 11.1.2, “Physician Stewardship of Health Care Resources,” to help physicians manage health care resources responsibly for the benefit of all patients.

Following are highlights from an article published in the AMA Journal of Ethics® (@JournalofEthics) by Pete Croughan, former policy director at the Louisiana Department of Health, and Rebekah E. Gee, MD, MPH, secretary of the Louisiana Department of Health, considering how tension between the fiscal needs of states and patient needs for costly prescription drugs for hepatitis C can be managed.

It’s not easy in Louisiana

An estimated 89,000 Louisianans are infected with hepatitis C, and many have their medical expenditures paid by the state through either its Medicaid program or its corrections department. But high costs of drugs to treat hepatitis C—such as sofosbuvir, ombitasvir/paritaprevir/ritonavir and dasabuvir—has prevented the state from treating more than a small percentage of patients known to be infected.

How are prescription drug prices determined?

While the Medicaid Drug Rebate Program guarantees Medicaid programs’ access to the lowest prices on the market, it requires states to cover almost every medication produced by manufacturers that sign a rebate agreement with the U.S. Department of Health and Human Services. This has resulted in a rise in Louisiana’s spending on outpatient drugs of more than 38% from 2013 to 2015, for example.

“Meanwhile, most states are required by law to balance their budget each year, creating a zero-sum predicament,” the authors wrote. “If one area of the budget increases unexpectedly, another area must be cut to compensate. Where should cuts be made?”

The promise of subscription pricing

The Louisiana Department of Health is pursuing a subscription payment model, wherein the state will pay drug manufacturers a flat fee equal to or less than its current drug expenditures in exchange for unlimited access to antiviral medications for patients enrolled in its Medicaid program or in its correctional system for a specified time period.

For physicians charged with developing population-level guidelines for drug access, it would allow them to make recommendations based on their clinical judgment and what is best for patients. The authors wrote that a similar model has been used in Australia, giving unrestricted access to antivirals for hepatitis C. The program cost $766 million in U.S. dollars over five years and resulted in an estimated savings of nearly $5 billion, again that’s in U.S. dollars.

“Applying the subscription model at the state level in the United States would allow policymakers to pursue hepatitis C elimination without jeopardizing other public health priorities,” the authors wrote.

“[I]n the absence of regulatory or market pressure to broadly reduce the price of pharmaceuticals, state policymakers will continue to struggle to meet the needs of patients requiring high-cost drugs; each new high-cost breakthrough will pit one disease against another and one meaningful public health program against another,” the authors wrote. 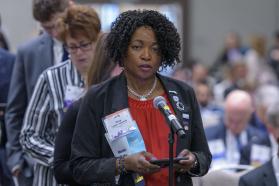 AMA develops Rx for drug prices that are high and rising 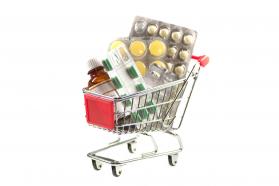 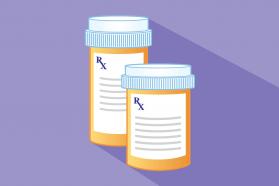 Access to prescription drugs: How the doctor’s role is changing