A 48-year-old woman with a history of depression has been maintained on phenelzine for several years. She comes to the physician complaining about the worsening of her depression and insists on switching to a newer medication, such as a selective serotonin reuptake inhibitor (SSRI). She is also tired of sticking to such a rigid diet. The doctor agrees to switch the patient to an SSRI.

Which of the following statements concerning switching her from phenelzine to an SSRI is correct?

A. A four-week washout after discontinuing phenelzine is needed before an SSRI can be started.

B. A 14-day washout period after discontinuing phenelzine is needed before an SSRI can be started.

E. No washout period after stopping phenelzine is needed before an SSRI can be started.

Serotonin syndrome can develop with concomitant use of MAO inhibitors such as phenelzine and serotonergic agents such as SSRIs, or if there has been too short a period of washout in switching from one to another agent.

At least 10 days after MAO discontinuation and five weeks after discontinuation of an SSRI should pass to avoid this complication. Clinical presentation of serotonin syndrome includes tremor, hypertension, confusion, lack of coordination, fever, myoclonus, diarrhea, restlessness and diaphoresis.

Kaplan USMLE Step 2 prep: What is most likely diagnosis?

Choice A: Waiting four weeks after discontinuing a MAO inhibitor is not necessary before starting an SSRI. A period of 10 to 15 days should be enough for a washout from phenelzine.

Choice C: Abrupt switching from a MAO inhibitor to an SSRI is likely to cause serotonin syndrome which includes hypertension, not hypotension.

Choice E: Switching right away from phenelzine to an SSRI is not safe because of the possibility of serotonin syndrome. 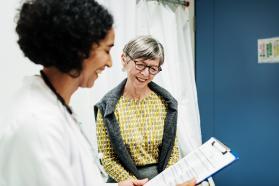 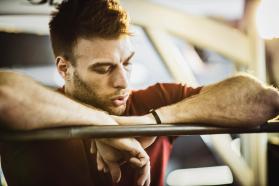