Medical students as change agents? How these six are doing it

Aiding health care workers in containing the spread of Ebola. Installing better processes to treat the most common chronic pediatric disease in the country. Addressing opioid overprescribing. These are ambitious goals, and they were accomplished with projects initiated and driven by medical students.

#Success? 7 ways Twitter can help you thrive in medical school

The scope and subjects of the projects varied greatly. Still, they demonstrate that medical students can be catalysts for change early on in their careers in health care. Who are these students, and what did they do? Let’s take a look.

Kevin Tyan, a first-year medical student at Harvard Medical School, earned first place in the Student Impact Challenge for his work in protecting patients and those treating them from health care-associated infections.

During the 2014 Ebola outbreak in West Africa, health care workers treating infected patients were 20 times more likely to be infected with Ebola than the general adult population. One of the roots of the problem was ineffective decontamination. To combat it, Tyan co-invented Highlight, an additive for disinfectants that colorizes them blue to ensure full coverage on surfaces and then fades to clear to indicate in real-time when decontamination is complete.

The product has been used in the field by organizations such as Doctors Without Borders and was piloted at eight U.S. hospitals to combat infections caused by health care-associated infections. Such infections are responsible for more than 99,000 patient deaths annually, according to the Centers for Disease Control and Prevention (CDC).

A proactive approach to asthma treatment

More than six million American children suffer from asthma, according to the CDC, making it the most common chronic pediatric disease in the country. Because of its complexities, many families with children suffering from asthma follow a symptom-based approach to treatment.

During his clinical clerking, Aidan Berry, then a third-year medical student at the University of North Carolina at Chapel Hill School of Medicine, set out to improve pediatric asthma treatment by making it more proactive.

By using a combination of electronic health record queries and chart review, she identified high-risk pediatric asthma patients. The health system then reached out to those patients through the mail and via a phone call. In total, 55 percent of patients who were reached out to scheduled follow-up appointments.

The project, which earned fifth place in the Student Impact Challenge, also included creating training sessions after which clinical staff reported a significant improvement in their ability to educate patients about asthma-related topics.

Smrithi Sukumar, a second-year medical student at the University of California, San Francisco, School of Medicine, shed some light on the over-prescription of opioids to patients after minimally invasive gynecologic oncology surgery.

Sukumar found that 57 percent of patients reported receiving more opioids prescribed than needed. Through conversations with patients and providers as well as reviews of patient medical records, the project resulted in the number of oxycodone pills prescribed to patients after these procedures decreasing by 30 percent with patients reporting no difference in quality of pain management. The project earned sixth place in the Student Impact Challenge.

Three other students had their projects recognized by the competition:

The student impact competition was open to all students and first-year residents currently or formerly enrolled at one of the AMA’s consortium medical schools who have positively impacted health systems during medical school. Submitted projects addressed a number of domains—including leadership, patient safety, quality improvement and population health—that encompass health systems science, the third pillar of medical education. 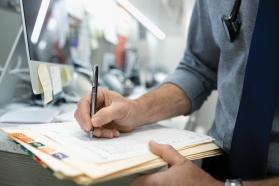 What medical residents need to know about fraud-and-abuse laws 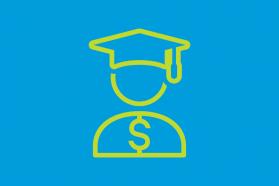 Free med school still rare, but you can lessen your loan burden 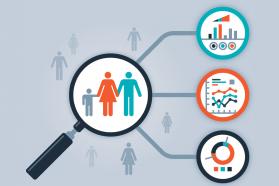 What is meant by population health—and why it matters