After receiving emergency use authorization from the Food and Drug Administration (FDA), Johnson & Johnson-owned Janssen Pharmaceuticals became the third company to make its coronavirus vaccine available in the country. The Johnson & Johnson (J&J) SARS-CoV-2 viral vector vaccine joined mRNA vaccines made by Pfizer-BioNTech and Moderna to help prevent more severe COVID-19 outcomes, including hospitalizations and death.

Get the latest COVID-19 vaccine updates

The J&J one-shot vaccine for adults was another major step toward vaccinating millions of people across the country. While its single dose, easy to store logistical advantages make it an attractive option, there is also concern over the recent pause in J&J vaccine administration due to a rare brain blood clot combined with low platelets—cerebral venous sinus thrombosis in combination with thrombocytopenia. These adverse events were identified through the Vaccine Adverse Event Reporting System, which is jointly managed by the Centers for Disease Control and Prevention (CDC) and FDA.

Nearly 7 million doses of the J&J vaccine have been administered, but the FDA and CDC are reviewing data involving six reported cases in the U.S. of cerebral venous sinus thrombosis (CVST) in combination with thrombocytopenia in people receiving the vaccination. All were in women between 18 and 48, with symptoms developing six to 13 days after vaccination.

This announcement comes on the heels of a similar syndrome reported in Europe after administration of AstraZeneca’s viral vector vaccine, recently described in the New England Journal of Medicine as vaccine induced immune thrombotic thrombocytopenia. Oxford’s AstraZeneca is not yet authorized for use in the United States.


Vaccination paused out of caution

Vaccination paused out of caution

The “CDC and FDA acted quickly and issued a joint statement recommending the pause,” Dr. Fryhofer said during a recent “AMA COVID-19 Update” episode about the J&J Janssen COVID-19 vaccine pause. The CDC also “released additional information through its Health Alert Network,” which “could lead to more cases being reported as a result of increased awareness.”

“The pause means hold off on administering the vaccine for now. It’s a recommendation. It’s not a mandate, but it’s being made out of an abundance of caution,” she said. “This health alert also gives specific recommendations to clinicians about treatment nuances.

“It warns that in these cases, heparin, a standard therapy for blood clots, could cause tremendous harm,” Dr. Fryhofer added, noting that the “CDC advises checking for platelet activating antibodies by doing a platelet factor four (PL4) antibody test.”

The “CDC advises against heparin therapy if platelet factor four antibody test is positive,” she said. “If PL4 test is positive, use of non-heparin anticoagulants and high dose intravenous immune globulin should be considered. Hematology consultation is also advised.”

COVID-19 therapeutics: What the evidence shows

While the ACIP convened an emergency meeting April 14 to review the J&J vaccine safety concerns, a vote on next steps was not made because more information was needed to make an evidence-based decision.

“This means the pause is still on for now, but this will give the CDC more time for risk refinement—to identify specific risk factors like age, gender as well as the effect of other factors, including use of estrogen-containing products like birth control pills and hormone-replacement therapy,” Dr. Fryhofer explained. “The pause is not indefinite. The plan is for ACIP to reconvene after additional risk refinement is complete.”

“Some might say this pause is an overreaction—six people afflicted out of more than 6.8 million doses administered, so about one in 1 million,” said Dr. Fryhofer. “However, cerebral venous sinus thrombosis is a very rare, but very serious clotting disorder. 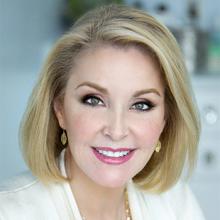 “CDC says the background rate of CVST is somewhere between two and 15 per million, but that includes all CVST cases,” she added. But “CVST is not usually associated with low platelet counts, so the combination of the two conditions—both blood clots and low platelets—is the red flag.”

“And as FDA's Peter Marks, MD, explained it's not just the cerebral venous sinus thrombosis, it's not just the thrombocytopenia, it's the combination of them occurring together that makes a pattern,” said Dr. Fryhofer. “This pause will allow more time to determine if these events are a needle in a haystack or the tip of an iceberg.”

Discover what physicians should know about the J&J vaccine and brain blood clots.

Which symptoms to look for

Which symptoms to look for

“After COVID vaccination, patients should expect flu-like symptoms, a mild to moderate headache, fatigue, fever, muscle aches,” she added, noting that “these symptoms are expected and usually resolve within one to two days.”

But “for patients who received the Janssen vaccine within the past three weeks,” adverse symptoms to be mindful of include “severe headache, abdominal pain, leg pain or swelling [and] shortness of breath,” Dr. Fryhofer said, adding that it is also important “to look for petechiae, those little, tiny red spots under the skin, other than just at the site where the vaccination was given. Patients with these symptoms should contact their physician and seek medical evaluation.”

The pause in J&J vaccination “should inspire trust and confidence in the vaccine evaluation process” because “a safety signal concern was identified and the CDC and FDA acted quickly and informed clinicians and the public.”

Only one dose is needed

Only one dose is needed

The J&J vaccine “is the first authorized vaccine to require one dose instead of two,” said Dr. Irons during an episode of the “AMA COVID-19 Update” about the Janssen COVID-19 vaccine.

“The good thing about the Janssen vaccine is it's one dose and you're done,” echoed Dr. Fryhofer, a member of the AMA Board of Trustees. That means “you don't have to go back for a second dose. You don't have to make a second appointment. You can get fully vaccinated at one visit.”

Additionally, the J&J vaccine “can be stored at regular refrigerator temperatures and does not require dilution, which makes storage and administration easier,” she said. “Many clinicians had high hopes of using this vaccine in hard to reach geographical areas.”

“These vaccines have not been tested head to head, so it’s impossible to do a really accurate comparison,” she said. “What matters most is … they are all effective at preventing the most severe COVID outcomes, including hospitalization and death.”

Read about what to tell your patients when they ask which vaccine to get.

While J&J’s vaccine has 66.3% effectiveness overall and 74.4% effectiveness in the United States, it has “100% efficacy against hospitalization and death from the virus,” said Dr. Irons. “That's really what we have to focus on.”

She noted that White House Chief Medical Adviser Anthony Fauci, MD, among other top experts are “saying is that it’s really important to focus on the severe end of the spectrum, preventing hospitalization and death.”

“No hospitalizations occurred in the vaccine group 28 days or more after vaccination as compared to 16 in the placebo group,” said Dr. Fryhofer. “There were also no COVID-associated deaths among those who were vaccinated. That’s pretty powerful.”

Variants were spreading during testing

Variants were spreading during testing

“When it came time for the Janssen vaccine trial, the background COVID incidence was higher,” said Dr. Fryhofer. “There were more variants circulating, including the variants of concern that can increase transmissibility and disease severity.”

“If you look at the Janssen vaccine, the efficacy did vary across geographic regions,” said Dr. Fryhofer. “In the United States, it was 74.4% effective. In South Africa, it was only 52% effective and that’s where that variant B.1.351 was dominant.”

“Janssen’s phase three clinical trial included more than 40,000 participants. In addition, Janssen’s viral vector platform is supported by an even larger body of evidence, including an Ebola vaccine that's already been tested in pregnant women and children and approved in Europe,” said Dr. Fryhofer. “More than 193,000 people—including patients of different ages and conditions—have been vaccinated with various investigational vaccines using this adenovirus platform.”

“The adenovirus vector vaccine uses a modified cold virus—an adenovirus called Ad26—as the viral vector and several genes have been removed from this virus,” she explained. “It’s replication deficient, so it cannot multiply in the body.”

This means that “it cannot give someone COVID-19,” said Dr. Fryhofer. “The company says this safety sign imbalance—blood clots and low platelets—did not show up in the phase three trial or with their research on other Ad26 based viral vector vaccines.

“However, in the phase 3 trial, one patient, a 25-year-old male, did suffer CVST, had low platelets and also had PF4 antibodies,” she added.

Expect the same side effects

Expect the same side effects

Aside from the extremely rare blood clots discussed above, “the side effects for the J&J vaccine are very similar to those for the mRNA vaccines, including injection-site pain, headache, fatigue, fever, chills and muscle aches,” said Dr. Fryhofer.

With most of the side effects occurring within one to two days following vaccination, Dr. Fryhofer recommends choosing a day or two when “you don’t have a lot of important stuff going on, because you might not feel well.”

Learn more from the AMA about what doctors wish patients knew about COVID-19 vaccination.

Since the J&J vaccine doesn’t require colder temperatures for storage as the Moderna and Pfizer vaccines do, “it’s more mobile, so it’s perfect for people who are homebound, that can’t—or won’t—go to a second appointment,” said Dr. Fryhofer. “It’s also good for people who move around a lot.”

“As I’ve talked to other physicians about this vaccine, one physician who provides health care for those in jails and prisons said, ‘We have people constantly coming in and out of the system, it’s hard keeping track,’” she said. “So, this is one way we could give them this vaccine and feel good that they’re now fully protected.”

As with the Moderna and Pfizer COVID-19 vaccine trials, the J&J vaccine was tested with in large and diverse populations of patients. Nearly 44,000 people in South Africa, certain countries in South America, Mexico and the U.S. took part in the J&J testing.

“These vaccine manufacturers, when they’ve recruited participants, they’re thinking about diversity,” said Dr. Fryhofer. “They’re including people with different ethnicities and different geographies. They also include both older and younger people as well as those with underlying medical conditions.”

The AMA has developed frequently-asked-questions documents on COVID-19 vaccination covering safety, allocation and distribution, administration and more. There are two FAQs, one designed to answer patients’ questions, and another to address physicians’ COVID-19 vaccine questions.

Get the pandemic news you need directly from experts and physician leaders with the AMA's new podcast channel.