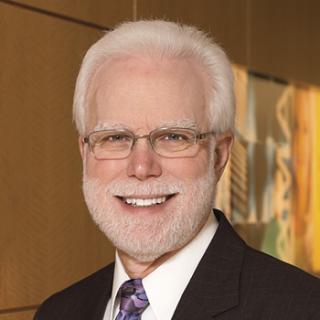 William E. Kobler, MD, a board-certified family physician living in Rockford, Ill., was re-elected to the American Medical Association Board of Trustees in June 2016. Dr. Kobler has served in many leadership roles during his career. He became an AMA delegate in 2000, serving in multiple capacities in the AMA House of Delegates, including as a member of the AMA Council on Medical Service and as its chair from 2010 to 2011. In 2018 he completed nine years of service as an AMA Foundation board member, including serving as its president from 2015 to 2016. He has served on the AMA Scope of Practice Partnership since 2012 and as its chair since 2014. He is also a past member of the Commission to End Health Care Disparities.

Dr. Kobler was elected trustee of the Illinois State Medical Society, where he also held the offices of speaker, president and board chair, and is a past president of the Winnebago County Medical Society (WCMS). In 2010 he was appointed by the governor of Illinois to serve on the Illinois Health Information Exchange Authority board, serving until its dissolution in 2015.

At OSF Saint Anthony Medical Center (SAMC), he has long been active on the front lines of organized medicine having served as chair of the department of family practice and continuing to serve as chair of the bylaws committee of the medical staff. After 16 years in solo private practice, he was among the founding members of OSF Medical Group, formed in 1993. After 35 years of practice, he transitioned in 2012 to the role of medical director of health management for OSF SAMC, where in a consultative role he led a team doing complex case management until his retirement in early 2019.

His community service activities include participating in the Fit Families Task Force—a coalition of the WCMS, the WCMS Alliance and the University of Illinois College of Medicine in Rockford—which works to bring healthy lifestyle information and better nutrition to public school children in Rockford.

He was also involved in the work of Partners for Prevention, a joint effort of the WCMS and county bar association to educate high school students about the medical and legal issues involved with alcohol and substance abuse. In addition to previously serving on the board of the OSF SAMC Foundation, he has also served as board president for Kantorei, The Singing Boys of Rockford, an internationally known community boys’ choir.