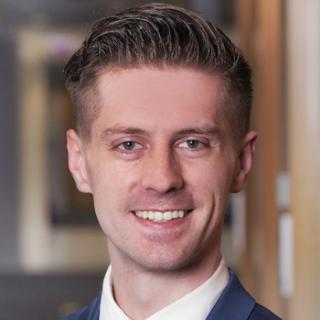 Drayton Charles Harvey was re-elected to the American Medical Association Board of Trustees in November 2021. He is a dual-degree MD/PhD candidate at the Keck School of Medicine of the University of Southern California (USC) and the California Institute of Technology joint program in Los Angeles.

Mr. Harvey, who joined the AMA in 2017, began his journey in organized medicine with the fight to protect
the Affordable Care Act. He wanted to be an active participant in defending this legislation, which provides
a lifeline for families like his by protecting individuals with pre-existing conditions and removing the cap on
lifetime benefits.

Since joining the AMA, Mr. Harvey’s involvement in organized medicine has only grown. He is a fierce
advocate for advancing health equity and child welfare. As an AMA Medical Student Section (MSS) delegate, he authored policy that has been adopted by the AMA on neonatal abstinence syndrome, immigrant and refugee health care, and trauma-informed care. Mr. Harvey has served in multiple AMA-MSS leadership positions including as policy chair for Region 1, chair of the Committee on Legislation and Advocacy, and two terms as a delegate to the AMA House of Delegates.

During his chairmanship of the Committee on Legislation and Advocacy, the committee substantially
expanded its efforts to keep students informed of important legislative issues and spotlight the  accomplishments of student advocates across the country. Additionally, it increased the number of CMEcredited programs at AMA meetings and collaborated with the Committee on Global and Public Health on COVID-19 advocacy, which included producing a guide on student advocacy during the early stages of
the pandemic.

Mr. Harvey served as the medical student member of the AMA Council on Legislation and its subcommittee
on physician unionization. As a council member, he has worked to combat scope of practice expansion of
non-physician providers, to protect the visa status of international medical graduates training and practicing
in the U.S., and to ensure basic human rights are met in immigrant detention centers.

In his PhD training in the USC Department of Surgery, Mr. Harvey researches the interaction between alcohol use during pregnancy and heart development. This research into the mechanisms underlying one of the largest, modifiable risk factors for congenital heart disease will help develop preventative and therapeutic interventions.